#MeToo: US Supreme Court Justice says she was sexually harassed 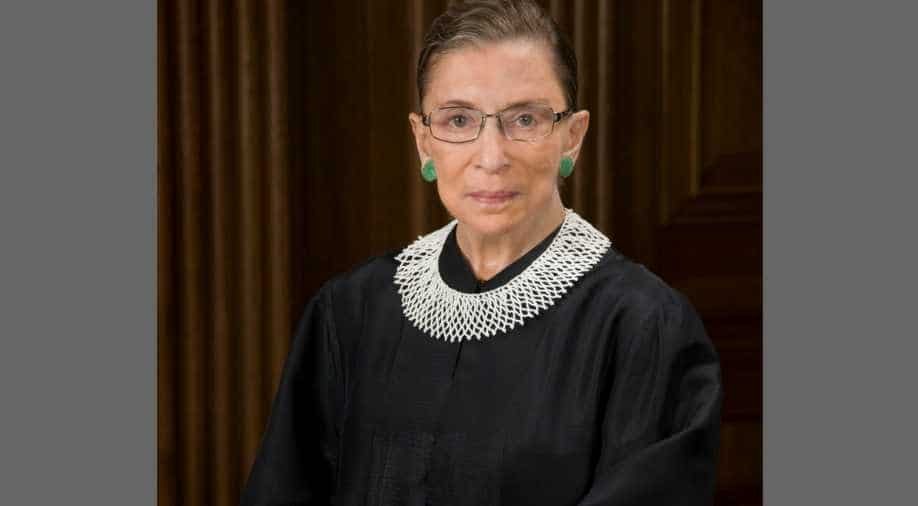 The US Supreme Court Justice Ruth Bader Ginsburg shocked the world by sharing her own sexual harassment story at the Sundance Film Festival this weekend.

Ginsburg, present at the festival in Utah, to watch over the premiere of a documentary about her life titled "RBG" -- spoke on a panel about the film, her fight for women's rights while sharing her own struggles as a woman.

Founder of the ACLU's Women's Rights Project, Ginsburg praised the efforts of women to start a dialogue of sexual harassment and abuse under #MeToo campaign before adding that “it’s about time.”

Addressing a crowd during a forum to promote her new documentary, she told NPR legal correspondent and longtime friend Nina Totenberg who was leading the discussion, about an incident that occurred when she was a law student at Cornell University in the early 1950s.

She went on to give a personal example from her early life: "I am taking a chemistry course at Cornell and my instructor said, because I was uncertain about my ability, he said 'I'll give you a practice exam.' So he gave me a practice exam. The next day, the test is the practice exam, and I knew exactly what he wanted in return. That’s just one of many examples."

Ginsburg, however, didn't brush off the incident and right after the exam walked up to the instructor and confronted him. She said, “I went to his office and I said, ‘How dare you! How dare you, you. And that was the end of that.”

Identified globally as a feminist, the 84-year-old confessed that this wasn't the only time she came face-to-face with sexual harassment and gender inequality.

Contributing to the #MeToo campaign, she also narrated how when she began teaching at Rutgers Law School in 1964, she felt she was being treated differently than her male colleagues. Her pay cut was much more than that of a peer who had also graduated at the same time from law school. When she raised the issue to the dean at that time, he responded by saying that he (the male colleague) had a "wife and two children to support" while "you have a husband with a good paying job in New York."

Ginsburg spoke strongly about the need to speak up and how effectively this campaign is giving a platform to women who are not in power to talk and open up.

She ended her talk with: "Let's see where it goes. So far, it's been great. But when I see women appearing every place, in numbers, I'm less worried about backlash than I might have been 20 years ago" and advised young women to continue to persevere: "the more women who are out there doing things, the more younger women will have the courage to go on."