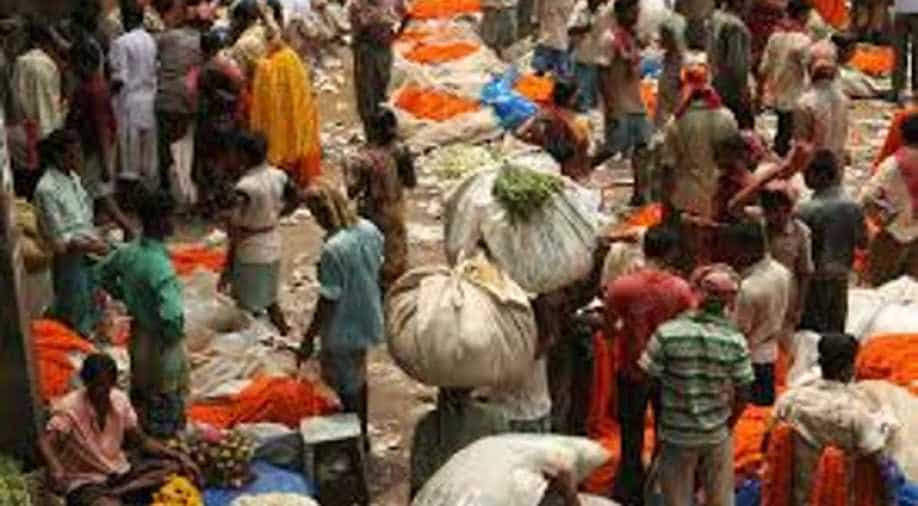 The global population will expand from 7.7 billion in 2019 to 8.5 billion in 2030, mostly in already hungry Africa and Asia, piling pressure on limited available resources

Despite producing more food than it can consume, humanity risks a menacing mix of "food crises" brought on by social inequalities, environmental degradation, climate change and wars, a UN report warned Friday.

After decades of steady decline, the number of people who suffer from hunger worldwide has been slowly increasing since 2015, said the report by the UN's Food and Agriculture (FAO) Organization, the European Commission and France's CIRAD agricultural research centre.

A key obstacle is an unequal access: while some people throw away food they buy too much of, others cannot afford or find the nutrition they need, said the report entitled "Food Systems at Risk."

"The available food on the planet amounts to just under 3,000 kilocalories per person per day, while the nutritional needs of the population is estimated at about 2,200 kilocalories," said Sandrine Dury, an economist involved in the research.

There was also the question of quality, with too many people relying on calories from fat and sugar which are poor in vitamins and minerals.

The report, presented to the FAO in Rome, warned that the problem of poor nutrition "will only get worse if current trends are not reversed."

The risks are many and multiplying.

The global population will expand from 7.7 billion in 2019 to 8.5 billion in 2030, mostly in already hungry Africa and Asia, piling pressure on limited available resources.

Urban populations will grow by 50 per cent by 2030, while rural ones by more than 20 per cent in some countries.

Migration fuelled by conflicts and natural disasters, in turn worsened by global warming, will further exacerbate the situation, the report said.

"In general, food systems which are unsteady due to low food production capacities, low resilience, high pressure on resources and political insecurity generate more migrations and displacements," it said.

As more and more people are lifted out of poverty, there has been a higher demand for animal food products, the report noted.

This, in turn, has contributed to deforestation to make way for farms growing animals and their feed.

"The projected growing impact of global warming will certainly increase disaster-related displacements and potentially fuel social unrest and conflicts as populations migrate in the search for new land, water and food," the report said.