Another delay: Britain's May promises Brexit vote in parliament by March 12 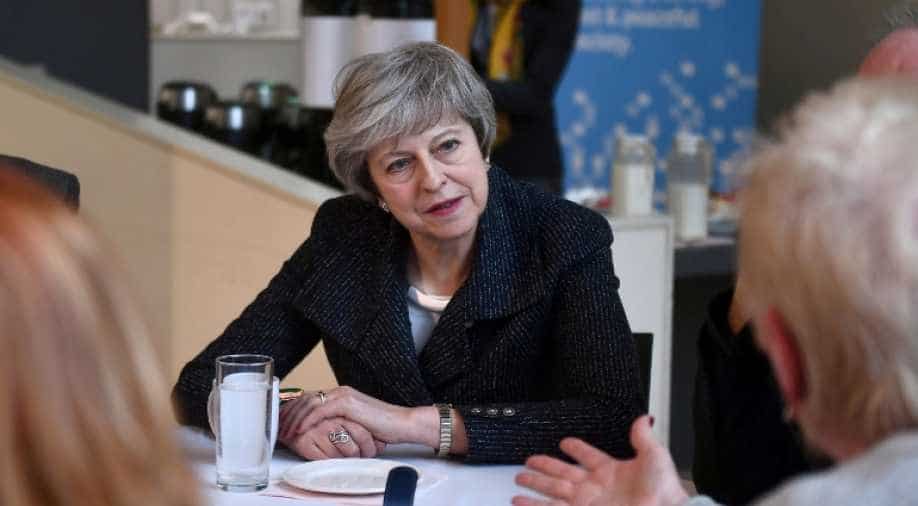 With just 33 days until Britain is due to leave the bloc, May said there would be no so-called meaningful vote on the deal this week because her team had further meetings in Brussels to secure the kind of changes lawmakers say they need to pass it.

British Prime Minister Theresa May promised on Sunday to bring a vote on her Brexit deal back to parliament by March 12, the latest delay in her attempts to win approval for a plan to ease Britain’s departure from the European Union.

With just 33 days until Britain is due to leave the bloc, May said there would be no so-called meaningful vote on the deal this week because her team had further meetings in Brussels to secure the kind of changes lawmakers say they need to pass it.

The latest delay after her agreement was resoundingly defeated last month by 230 lawmakers - the biggest parliamentary defeat in British history - underlines the difficulty May is having to try to find a way to get the agreement ratified.

At an EU-Arab League summit in Egypt, May will try to win the backing of the bloc's leaders to secure the changes and ease increasing frustration in Europe over the political impasse in Britain over a deal that was agreed with London in November.

On her way to Egypt where she hopes to get the approval of EU leaders for her approach, May said further meetings in Brussels on securing changes to the deal ruled out a so-called meaningful vote this week.

"We won’t bring a meaningful vote to parliament this week but we will ensure that that happens by the 12th of March," May told reporters onboard her plane.

"It is still within our grasp to leave the European Union with a deal on the 29th of March and that is what we are working to do."

May and her ministers have stepped up meetings in Brussels to secure changes to the so-called backstop - an insurance policy to prevent the return of a hard border, and potential focus for violence, between Britain's Northern Ireland and the EU's Ireland.

She wants the EU to reopen the divorce deal, or withdrawal agreement, to satisfy the demands of Brexit supporters and other lawmakers who fear the backstop could trap Britain in the bloc's customs union indefinitely.

So far, EU officials have shown little inclination to reopen the November agreement and have instead suggested a legal clarification of the temporary nature of the backstop to appease those who believe Brussels has constructed a trap for London.

"I think what's important that we are still in that process of working with the EU, looking at the ways in which we can resolve the challenge that parliament raised."

May will have to return to parliament this week regardless of whether her revised deal is voted on or not, and she said she would make a statement in parliament on Tuesday, followed by a vote on next steps the day after.

It is not yet clear what "motion" her government will put forward, but lawmakers are expected to try to influence May's strategy by voting for changes to it, including to rule out a no-deal Brexit or to press for an extension of Article 50, a measure that triggered two years of Brexit talks.

But she could face resignations from her own cabinet of top ministers if she fails to rule out leaving with no deal, something she declined to condemn or challenge.

"What we have seen around the cabinet table, in the party and in the country at large is strong views on the issue of Europe. That is not a surprise to anybody," May said.

"We have around the cabinet table, a collective not just responsibility but desire, to actually ensure that we leave the European Union with a deal."