What is metatarsal fracture that caused Neymar's exit 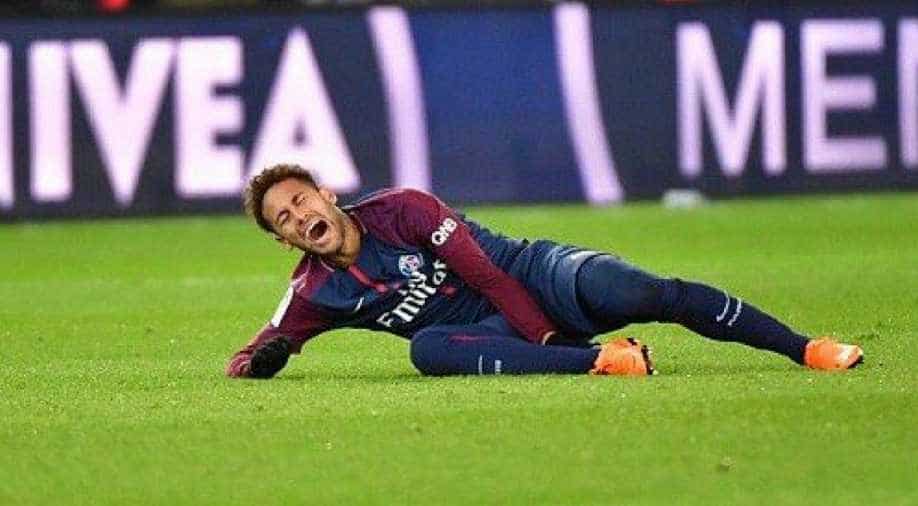 Neymar suffering from pain when he innocuously rolled his right ankle and flopped to the ground in pain. Photograph:( Twitter )

Paris Saint-Germain star Neymar suffered a sprained right ankle when he was stretchered off during a match on last Sunday. The suspected sprain is now confirmed as the metatarsal fracture. With the game already as good as over, the stadium held its breath as he was treated and then carried away.

The chances of Neymar returning to fitness in time to face the reigning European champions now appear extremely slim and despite that, Real Madrid's coach Zinedine Zidane hoped Neymar would recover in time to play.

The metatarsal bones. (Others)

What is a metatarsal fracture?
A sudden blow or severe twist of the foot, or overuse, can cause a break fracture. Usually, the condition is associated with foot pain and the person suffering from it will find it difficult to walk. A swollen foot is fairly common and bruising is usually evident after a day or two.