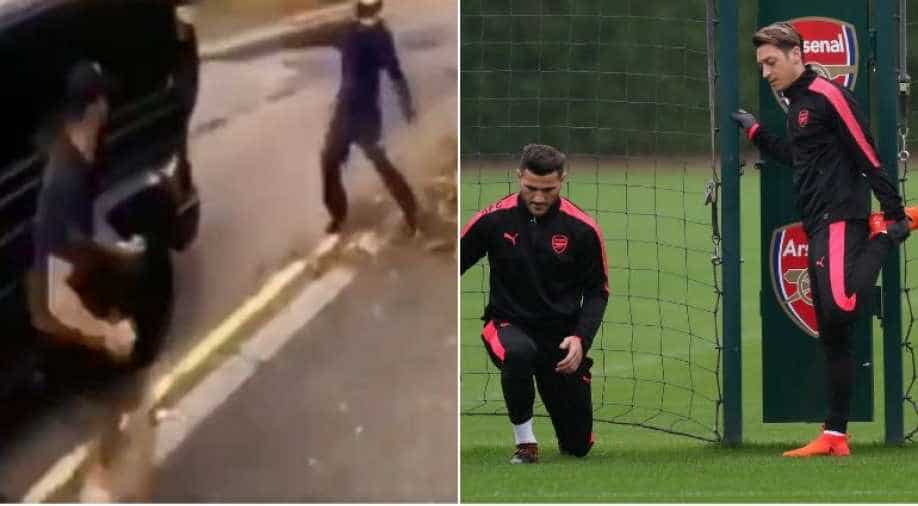 In a video, which was circulated on social media, Kolasinac can be seen leaping from the vehicle to confront the robbers

Arsenal Football Club stars Sead Kolasinac and Mesut Ozil were attacked in a car-jacking attempt by an armed gang in north London in the Golders Green district at about 17:00 BST.

Both the footballers escaped the attack and were unharmed as they fought off the knife-wielding robbers.

The video of the incident was circulated on social media and in the viral video, Kolasinac can be seen leaping from the vehicle to confront the robbers.

The masked attackers had pulled up alongside the car on mopeds and were brandishing knives at the 26-year-old Kolasinac.

Police confirmed that they had responded to reports of an attempted robbery.

There have not been any arrest so far.

"We have been in contact with both players and they are fine," said a spokesman for Arsenal.