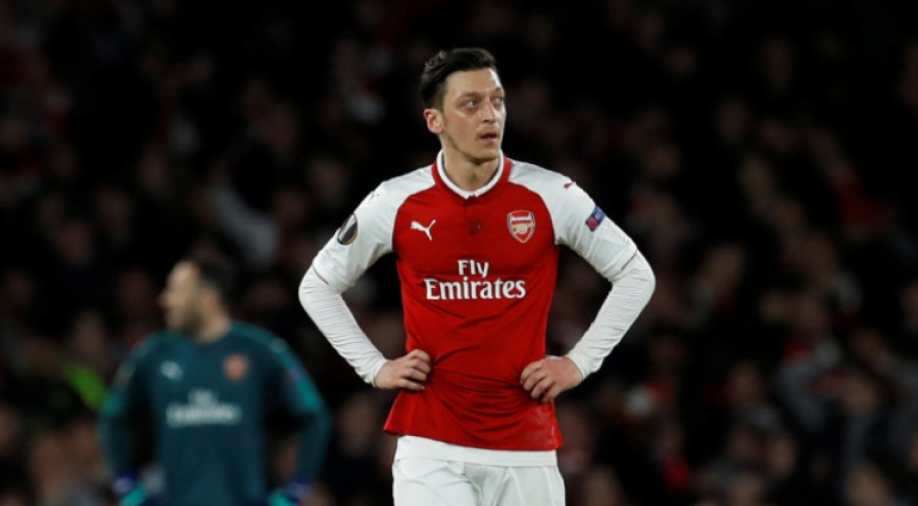 The Dail Mail website said former Germany international midfielder Ozil was driving his black Mercedes when the car was boxed in by motorbike riders wearing helmets.

The Dail Mail website said former Germany international midfielder Ozil was driving his black Mercedes when the car was boxed in by motorbike riders wearing helmets.

A video clip accompanying the story showed Bosnian defender Kolasinac, who was a passenger, outside the vehicle and confronting the attackers.

Ozil was shown in a photograph talking to police outside a Turkish restaurant. The paper said waiters and chefs had rushed to the players' aid.

"Ozil looked absolutely terrified, as anybody would after being chased by men with knives," witness Azuka Alintah told the website.

"He looked like he was running for his life. And I suppose he was."

Arsenal said both players were fine and the incident was being treated as a "private matter".

Police said they were called out shortly after 1700 local time after reports of an attempted robbery.

"It was reported that suspects on motorbikes had attempted to rob a man who was driving a car," a spokesman said.

"The driver, along with his passenger, managed to get away unharmed and travelled to a restaurant in Golders Green, where they were spoken to by officers. There have been no arrests. Enquiries continue."