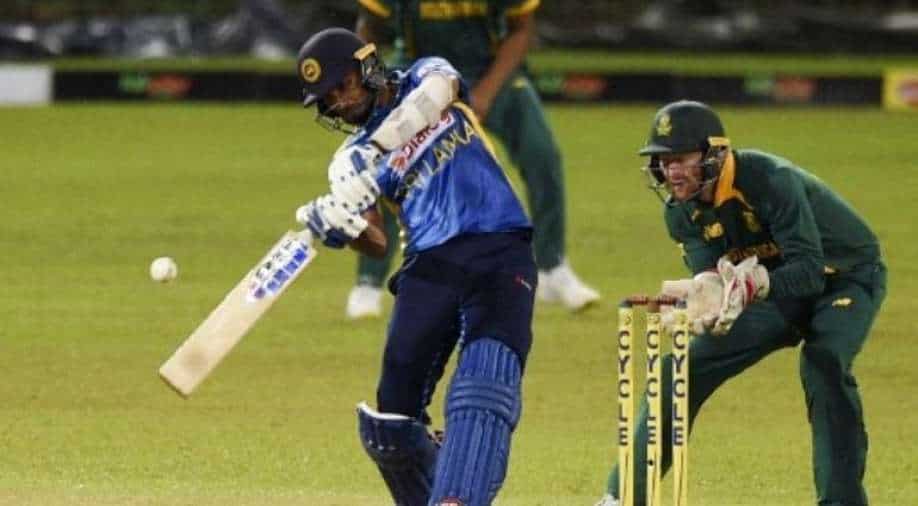 Sri Lanka and Bangladesh both have qualified for Super-12s and are in the same group with Australia, South Africa, West Indies and England.

Sri Lanka have already made their mark in the Twenty20 World Cup with commanding wins in the preliminary round and will go into their Super 12 contest against Bangladesh with a slight edge, the team`s captain Dasun Shanaka said on Saturday.

The island nation, who won the 2014 edition of the tournament, stamped their authority over the game`s minnows in the United Arab Emirates with their versatile bowling attack helping them register big wins in all three matches.

Sri Lanka bundled out their opponents in all of their matches - Namibia for 96, Ireland for 101 and Netherlands for 44 - to breeze into Group One of the Super 12 stage.

"T20 is a very short game, and on our day, everyone saw how good we are," Shanaka told reporters on the eve of Sunday`s match at the Sharjah Cricket Stadium.

Bangladesh had a more arduous path to the Super 12s.

Mahmudullah`s men lost their opening contest against Scotland and needed to up their game against Oman and Papua New Guinea to advance.

"After winning those qualifiers, they have the momentum. It`s good for them, but still, we`ve got a better side, I think. We have a slightly better chance," said Shanaka.

There was doubt over the availability of Sri Lanka off-spinner Maheesh Theekshana, who took eight wickets in three matches but left the field against the Dutch with a side strain after picking up two wickets in one over.

Bangladesh are known to be very passionate about the sport and the players faced lot of criticism back home after their defeat against Scotland.

The team's coach Russell Domingo said they had spoken "long and hard" about it and the players are firmly focussed on their cricket and not the criticism.

"I think we`ve got a well-balanced side. We`ve got some seriously skilful bowlers and some dangerous batters," Domingo said.

"Obviously these type of conditions can suit us.

"Sharjah, I suppose, is a little bit more similar to what wickets in Dhaka are like. Hopefully that can assist us in tomorrow`s game."