Sebastian Vettel gets Ferrari off to strong start in F1 testing 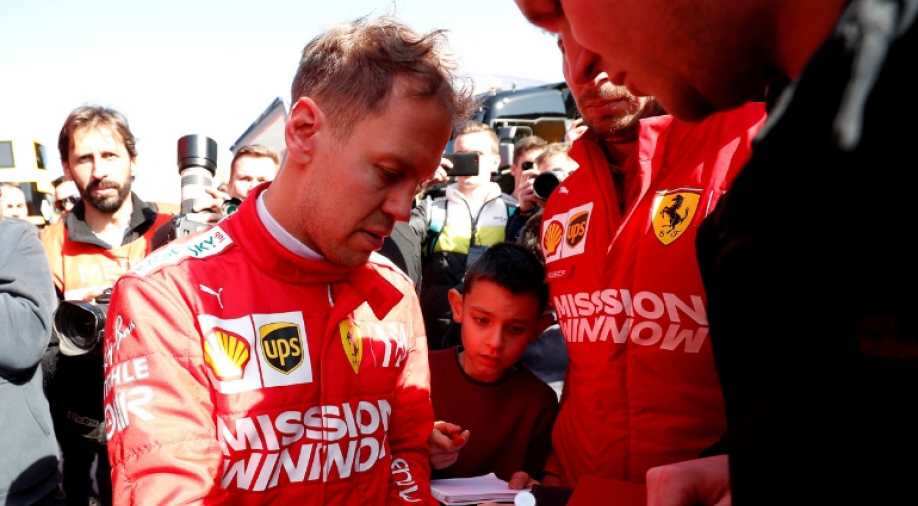 Vettel's fastest lap of one minute 18.161 seconds, on a sunny morning at Barcelona's Circuit de Catalunya, was already quicker than anything set during the weather-hit first four-day test of 2018.

Ferrari made a strong start to the first day of Formula One testing on Monday with four-times world champion Sebastian Vettel top of the timesheets at lunchtime with 72 laps completed.

The Italian team won six of the 21 races last year, finishing overall runners-up, and are hoping the new SF90 car can end Mercedes's five-year stranglehold on both championships.

Vettel's fastest lap of one minute 18.161 seconds, on a sunny morning at Barcelona's Circuit de Catalunya, was already quicker than anything set during the weather-hit first four-day test of 2018.

The German was also nearly two seconds faster than the best of the rest.

Racing Point's Mexican Sergio Perez was next on the timesheets, with a 1.19.944, on a day when mileage mattered more than outright speed as teams get to grips with their new cars for the first time and focus on getting in plenty of laps.

Reigning champions Mercedes, with Valtteri Bottas first behind the wheel of the silver W10, completed the second most laps -- three fewer than Ferrari -- with Renault's Nico Hulkenberg doing 65.

Five-times world champion Lewis Hamilton will take over from Bottas, who was third fastest, in the afternoon.

Red Bull, now powered by Honda after their split from Renault, managed 52 laps with Dutch driver Max Verstappen in action.

Alfa Romeo, the renamed former Sauber team, had 2007 champion Kimi Raikkonen in new overalls after leaving Ferrari and completing 46 laps after an early trip into the gravel that brought out the first red flag of 2019.

The Finn was fourth fastest at the lunch break.

Russian Daniil Kvyat was slowest in the Honda-powered Toro Rosso but did more laps than Romain Grosjean, who did only 18 for Haas, while Perez took Racing Point's tally to 20.

Only nine of the 10 teams appeared on track, with struggling Williams failing to get their car ready on time and not expecting to test until Wednesday at the earliest.