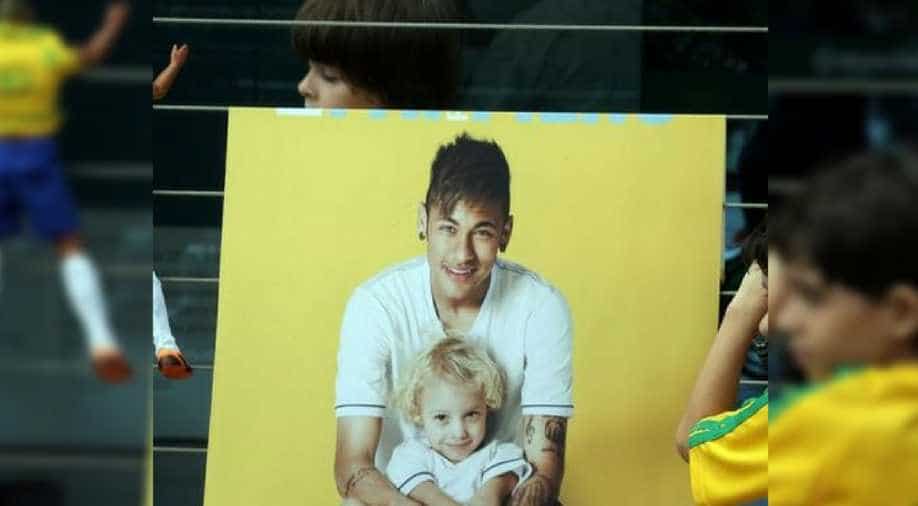 Soccer fans stand in front of Mater Dei hospital where soccer star Neymar is undergoing surgery on a fractured metatarsal and a sprained ankle Photograph:( Reuters )

The latest reports on Neymar's recovery is a good news for Brazilian football fans and followers.

Rodrigo Lasmar, who operated Neymar's metatarsal fracture on March 3 has told French sports daily L'Equipe, "For now, everything is going well, they tell me every detail of Neymar's recovery."

Lasmar also mentioned that he speaks two or three times a day with the physiotherapists working with the Brazil and Paris Saint-Germain player to know the current reports.

He also said, "They are working hard and in a very professional way so that he can return as quickly as possible and, above all, so there won't be any further problems for his foot or posture."

He added that he planned to reassess the injury in mid-April.

Recently, Neymar uploaded an Instagram story in which he was dancing while standing on one foot.

Neymar posted a video as an Instagram story, in which he was dancing on one foot. (Instagram)

He also attended his sister's birthday party in Sao Paulo on crutches on Monday.

Neymar, who missed Brazil's 7-1 semi-final thrashing on home soil by Germany through injury four years ago, is key to his country's hopes at this year's World Cup, which starts on June 14.

The 26-year-old, who joined PSG for a world-record 222 million euros ($264 million) from Barcelona last year, suffered a fractured bone in his right foot last month in a match against Marseille.