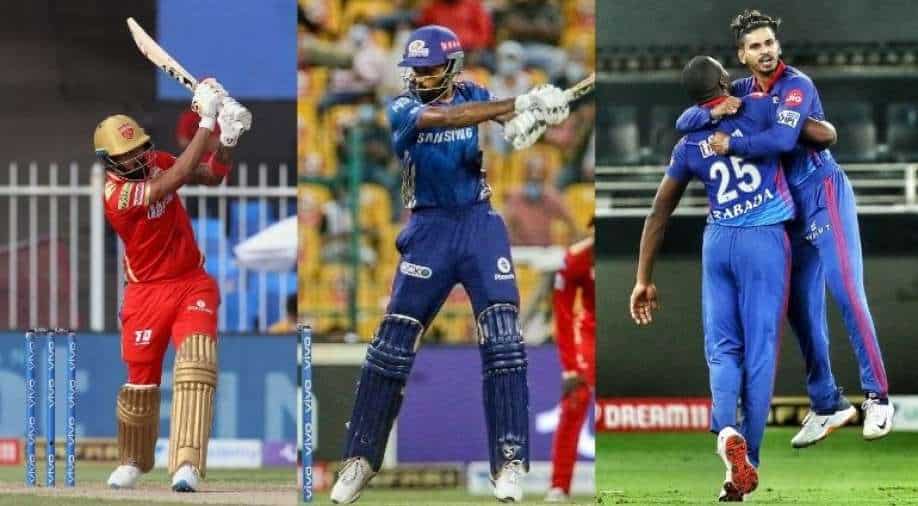 The two new franchises Lucknow and Ahmedabad will be able to acquire three players from the rest of the player pool via drafts before the 2022 auction.

The 2022 season of the Indian Premier League (IPL) will be a 10-team affair and the two new inducted teams, Lucknow and Ahmedabad, are likely to target T20 stars -- David Warner, KL Rahul, Shreyas Iyer, Hardik Pandya and Surya Kumar Yadav, among others to make a solid team and loyal fan base.

The Lucknow IPL team was bought by RPSG Group for Rs. 7,090 crore, while CVC Capital Partners paid Rs 5,625 cr for the Ahmedabad team.

Though it's not official yet, the eight existing IPL teams are likely to retain a maximum of four players and the two new franchises will be able to acquire three players from the rest of the player pool via drafts before the 2022 auction. Also, unlike the previous big auction ahead of the 2018 season, there could be no right-to-match cards (RTM) at the auction.

As per ESPNCricinfo, these were among the rules discussed informally this week between the IPL organisers and the franchises.

As far as the three players going to the two new franchises, Lucknow and Ahmedabad, is concerned, the IPL is mulling over a combination of two Indian players and one overseas. However, it is still not clear whether these players will need to be picked strictly from the group of players not retained by the existing franchises, or can be from the larger auction pool -- which will have new additions -- ahead of the 2022 auction.

If the two new franchises are allowed to pick only from the group of players not retained by the other eight, then a player-draft system is likely to be put in place.

Notably, which cricketers plays for whom could make or break the franchises` fan base as well as the team combination. And there is a strong possibility of some big names such as David Warner, KL Rahul, Shreyas Iyer, Hardik Pandya, Surya Kumar Yadav and Bhuvneshwar Kumar being up for grabs via drafts this time.

David Warner: RPSG Group, who now owns Lucknow, had bought the Pune franchise for two years in 2016. In those two years, they had appointed experienced captains in MS Dhoni and Steve Smith for one year each.

An attacking opener as well as an experienced captain like Warner could be a perfect choice for the owners to lead Lucknow. And, considering the short boundaries and flat pitch of the Ekana Stadium, the Australian could be a sure-shot match-winner for the franchise.

Surya Kumar Yadav: Rohit Sharma, Jasprit Bumrah and Kieron Pollard will be the three automatic picks for retention for Mumbai Indians. There could be a discussion between Suryakumar Yadav and Ishan Kishan for the fourth slot. With Kishan being the wicketkeeper-batsman and age also on his side, Surya Kumar could be left out of the Mumbai team.

If Surya becomes a free agent, Lucknow owners can convince him to be a part of the franchise. Though he plays for Mumbai in domestic cricket, the batsman`s father belongs to Varanasi, UP. Lucknow can also make him the captain, considering his cool and composed nature as well as his ability to bat at different positions.

Also Read: 'Can we talk about cricket': Nabi tells reporter on being asked if Taliban will question Afghanistan

Bhuvneshwar Kumar & Suresh Raina: Though Raina and Bhuvi are not in their prime in terms of performance, they are still bankable players, especially in Indian conditions and the IPL. Raina has been an IPL legend and all his success has come at the Chennai Super Kings. But, the MS Dhoni-led team is unlikely to retain him this time. On the other hand, SRH is also likely to part ways with Bhuvneshwar considering a dip in his bowling form.

In that case, both Raina and Bhuvi, who belong to UP, can also be seen playing from the home state franchise. Apart from their on-field performance, both can be an asset for the franchise in terms of their fan base, and marketing as locals will have a deep connection with state boys.

Hardik Pandya: Given his lacklustre performance and fitness concern, all-rounder Hardik Pandya is likely to be sent back into the IPL auction pool by Mumbai Indians. In that case, Ahmedabad owners can latch onto the opportunity and bring Pandya in their team.

Hardik, a Gujarat boy, will bring all the flamboyance, his all-rounder ability and a lot of eye-balls for the franchise as well.

Shreyas Iyer: The Gujarat-based franchise will need a captain to lead and they may approach and target Shreyas Iyer for that role. Iyer is unlikely to be a part of the Delhi Capitals set-up in IPL 2022 and a young talented India batter and captain will be a perfect billing for Ahmedabad. Notably, Iyer led Delhi to the play-offs twice, including its maiden final appearance during the 2020 season.

KL Rahul: Rahul was sensational for Punjab Kings in IPL 2021, finishing as its highest run-scorer. Despite his dominating performance with the bat, he has failed to lead the side to playoffs since taking the captaincy role. As of now, there is no clarity if he would be retained by the side. If Rahul is not retained by Punjab then Ahmedabad can approach and convince the star opener to play for their franchise.