'Can we talk about cricket': Md. Nabi tells reporter on being asked if Taliban will question Afghanistan team 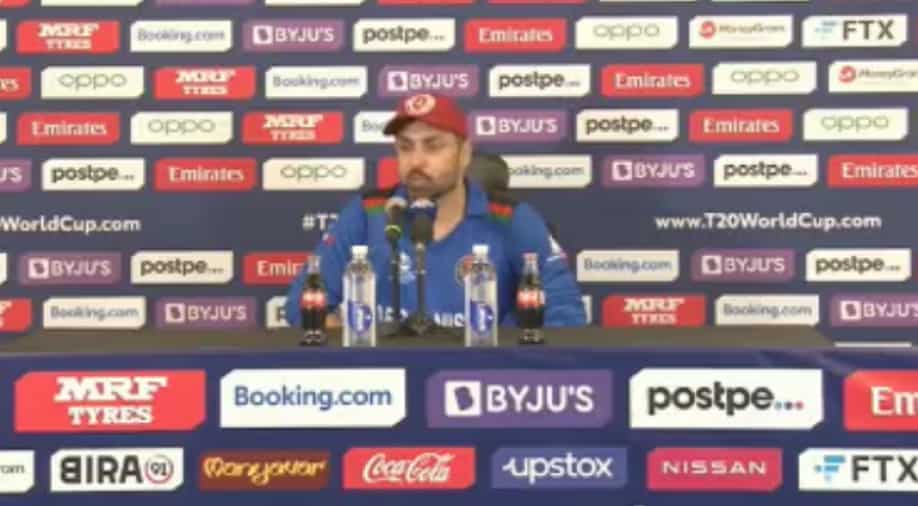 Mohammad Nabi was not impressed by a 'political' question in the press conference Photograph:( Twitter )

Afghanistan skipper Mohammad Nabi was left surprised on being asked about the Taliban's takeover of Afghanistan during the post-match press conference after his side's loss against Pakistan in the T20 World Cup 2021 on Friday.

Afghanistan cricketers have been continuously dealing with questions surrounding the affairs back home ever since the Taliban took over the country earlier this year. Afghanistan cricket team is currently in action at the ICC T20 World Cup 2021 in the UAE and Oman as they seek to leave the political situation aside and focus only on cricket.

Nabi was asked by the reporter if the Afghanistan cricket team fears being questioned by the Taliban officials on their performances after they return back home. Nabi was left bemused and asked the reporter to instead ask questions related to cricket.

“Afghanistan have played very well and they have won two matches. Is there any kind of fear that when you return home, you will be questioned as the government and situation have changed?” the reporter asked Nabi.

“In this new era, Afghanistan share a healthy relation with Pakistan. Do you feel that the Afghan team will be strengthened because of this?” he added another follow-up question.

Talking about the game, Afghanistan got off to a stuttering start after opting to bat first against Pakistan. But a 71-run stand for the seventh wicket between Nabi (35) and Gulbadin Naib (35) helped them post a fighting total of 147 runs on the board.

In reply, Pakistan rode on captain Babar Azam's 51 off 47 balls, and Asif Ali's sensational cameo of 7-ball 25 to chase down the target with an over to spare. Pakistan recorded their third straight win in three games and look set to qualify for the top four.