Ind vs SA, Centurion Test: You want to learn as much as possible from Rahul Dravid, says KL Rahul 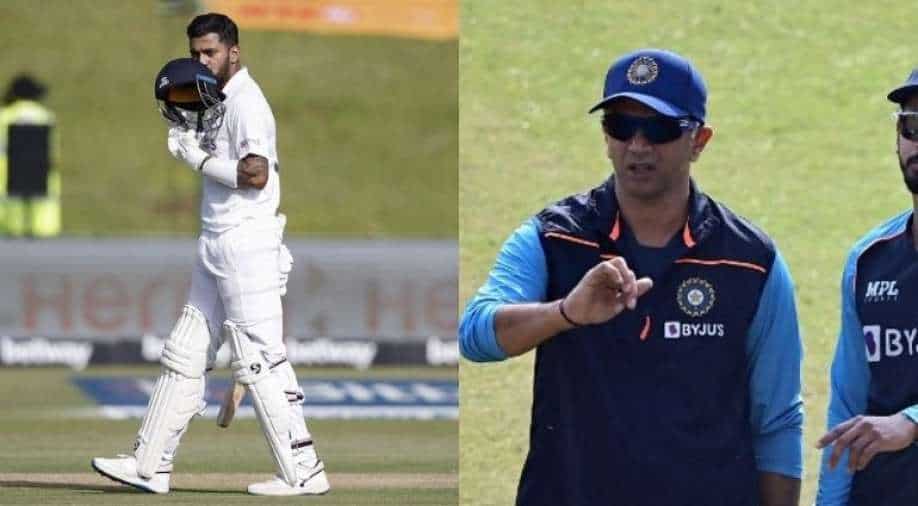 You want to learn as much as possible from Rahul Dravid, says KL Rahul after India beat SA in Centurion Test Photograph:( AFP )

India clinched their first Test match in Centurion as they defeated South Africa by 113 runs on the final day of the game on Thursday.

Indian opening batter KL Rahul on Thursday said head coach Rahul Dravid has brought a lot of balance within the side and players want to learn as much as they can from the former skipper.KL Rahul, who scored a century in the first Test against South Africa, said Dravid had made the visitors work hard in the nets before the game.

"You want to sit with a great player like Rahul Dravid, you want to learn as much as possible from him for so many years," Rahul said in the post-match press conference after the win in the first Test.

"You talk about the art of batting, we are very lucky to have a guy like him in the dressing room, he has brought a lot of calm and balance in the dressing room. He focuses more preparation, he has made us work hard in the training and in the nets," he added.

India clinched their first Test match in Centurion as they defeated South Africa by 113 runs on the final day of the game on Thursday.

"It's a super super special year for Team India. The kind of achievements that we have gotten this year has been truly special and I think it will go down as one of the greatest years in Indian cricket history, especially Test cricket," said Rahul.

"The victory is a result of hard work and discipline. We have worked really hard as a team for a few years, and we are slowly starting to see results. Yes, the dressing room atmosphere is amazing at the moment. It is a great Test victory," he added.

The Indian opener termed the win over South Africa as complete team performance.

IN PICS: How India demolished South Africa at their fortress in Centurion to go 1-0 up

"No Asian team has come here and won in Centurion and kind of work we have put in, in the last two weeks leading up to this Test match," said Rahul.

"We worked really hard as a team and we had a lot of fun at training and at practice. To go out there in the first game of the series and put up a performance like that which is a complete team performance, gives us a lot of confidence," he added.

India and South Africa will next lock horns in the second Test in Johannesburg from Monday.