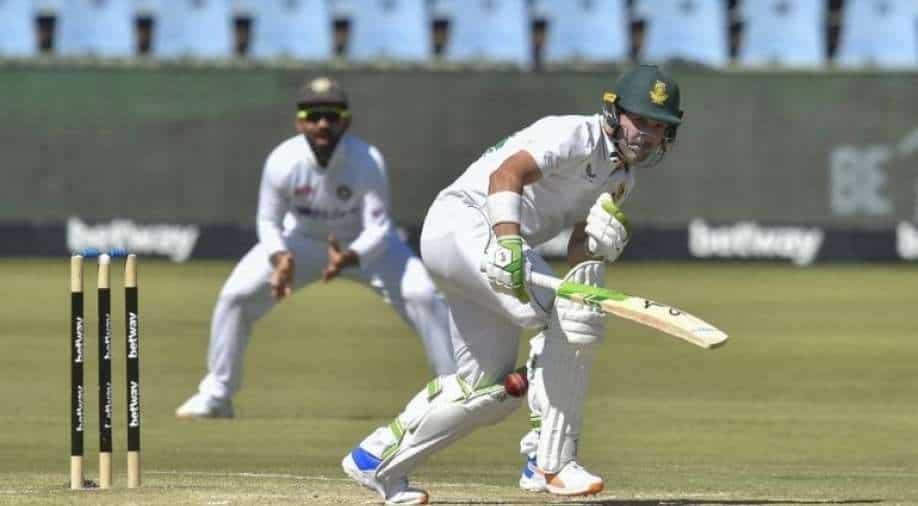 South African captain Dean Elgar, who top-scored for his team with a valiant 77 in the final innings, claimed there were few positives for his squad. He, however, conveyed dissatisfaction with the batters' performance in the just-concluded Centurion Test vs India.

India fast bowlers Jasprit Bumrah and Mohammed Shami claimed three wickets each as India bowled South Africa out for 191 to win the first Test, at Centurion, by 113 runs on the fifth and final day on Thursday.

South Africa resumed at 94 for 4, chasing a record 305 for victory, but fell far short on a spicy pitch that provided ample assistance to the pacers.

Dean Elgar (77) and Temba Bavuma (35 not out) gave the hosts some hope in the morning session, but India's formidable pace attack exploited the conditions admirably and guided the team to a comfortable victory, in the three-match series opener in the African nation.

South African captain Dean Elgar, who top-scored for his team with a valiant 77 in the final essay, claimed there were few positives for his squad. He, however, conveyed dissatisfaction with the batters.

"Obviously not a nice thing knowing we lost a Test here. Did a few things wrong. Lot of positives coming out that we can use in the next two. Always the nature here. Always going to be tough because the wicket's playing slower (first morning)," Dean Elgar told the broadcasters at the post-match presentation.

South African captain praised Indian openers for the resistance and patience they displayed on Day 1. Elgar said, "Indian openers (KL Rahul and Mayank Aggarwal) did the fundamentals right. We didn't quite execute the lengths well. After some good chats our bowlers executed the lengths and restricted India to what we thought was a par score. New ball is something you have to get through playing here."

Elgar criticized his batters and added, "Can't emphasise enough on the hard work our bowlers put in to get 20 wickets. Our batters let us down. I'd say the batting was the difference between the two sides."

IN PICS: How India demolished South Africa at their fortress in Centurion to go 1-0 up

Since 1991, South Africa has only been dismissed for less than 200 in each innings of a Test at home on three occasions.

However, the Proteas skipper still showed a lot of optimism and said that they will strategise better for the next Test match, starting on January 3 at The Wanderers, Johannesburg. "We'll have a little sit-down with myself and the management to strategise. Didn't do a lot of wrong things. Not all doom and gloom for us. We thrive under the pressure which is a positive for us," he concluded.