Curran, Shami pull off incredible win for Punjab against Delhi 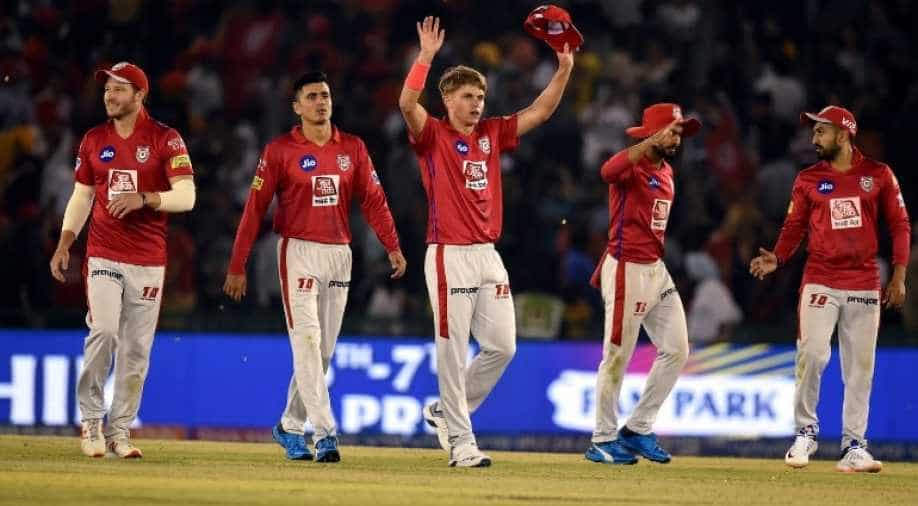 Punjab's 'million dollar man' Curran picked up 4 for 11 in 2.2 overs including a hat-trick and was ably supported by Mohammed Shami as Delhi were shot out for 152 in 19.2 overs in pursuit of 167.

Punjab's costliest buy Sam Curran proved his worth with an incredible spell at the back end as the home team pulled off a miraculous 14-run victory against Delhi Capitals left stunned by an inexplicable batting collapse in Monday's IPL encounter.

Punjab's 'million dollar man' Curran picked up 4 for 11 in 2.2 overs including a hat-trick and was ably supported by Mohammed Shami as Delhi were shot out for 152 in 19.2 overs in pursuit of 167.

From 144 for 3, Delhi lost their last seven wickets for 8 runs, something that will haunt them for days to come especially after Rishabh Pant and Colin Ingram set up what looked like an easy win.

Pant muscled a couple of sixes into deep mid-wicket stand during 39 off 26 balls as Ingram (38 off 29 balls) bisected the off-side field with some precision cut shots during their stand of 62 in 6.5 overs that took Capitals closer to victory.

However, there were more twists and turns than what Capitals had thought.

In a space of 9 deliveries, Delhi lost 4 wickets for only 4 runs. From 144 for 3, they were in a precarious position at 147 for 7. The ball also started reversing more and DC's lower-middle was incapable of handling the movement in the air.

Once Pant was bowled by Mohammed Shami and Chris Morris was needlessly run-out off the very next delivery, things started going downhill.

Curran dealt twin blows removing Ingram and Harshal Patel while Hanuma Vihari (2), a surprise selection in this format with very limited range of strokes was dismissed by Shami as the match swung in KXIP's favour.

Prithvi Shaw coldn't replicate his performance against KKR but Shikhar Dhawan (30 off 25 balls) and skipper Shreyas Iyer (28 off 22 balls) added 61 for the second wicket to set a platform.

Iyer looked a better player of the two on the day with his shot arm pull and the powerful slash over point but played away from his body off a Hardus Viljoen delivery while Dhawan padded a carrom ball from Ashwin.

Earlier, Chris Gayle's absence at the top of the order did have an impact as Punjab could only manage a par-score of 166 for 9 after being put into bat.

With the 'Universe Boss' ruled out due to back injury (lat strain), Punjab batsmen despite being good at times could never really take the Delhi bowling apart.

Morris was the pick of the bowlers, removing Punjab's last-match hero KL Rahul (15) with an inswinger as he played across the line.

Sam Curran (20, 10 balls) promoted up the order did hit a couple of lusty blows but Lamichhane got him with a flipper. Mayank Agarwal went for a non-existent single and couldn't beat Shikar Dhawan's direct throw at the non-striker's end.

Miller and Sarfaraz however didn't get bogged down as they added 62 in 6.4 overs carrying out a recovery process from 58 for three.

While Miller attacked Lamichhane hitting him for a six over long-on, Sarfaraz played his now patent "closed eyes scoop shot" over keeper's head.

But Lamicchhane had the last laugh as he edged one to Pant behind the stumps while Miller offers the Capitals skipper an easy skier trying to hit Morris out of the park.