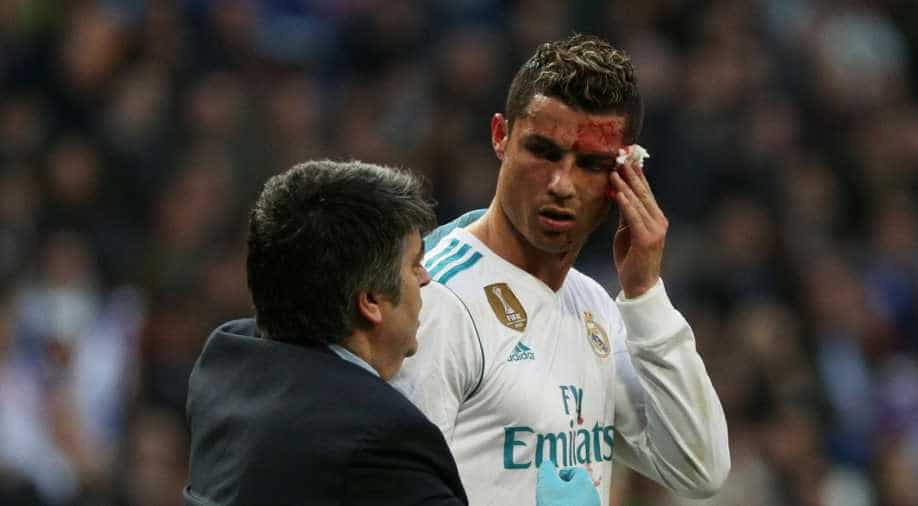 Cristiano Ronaldo scored twice but had to leave the pitch with his face covered in blood as Real Madrid eased their domestic crisis by hammering Liga strugglers Deportivo La Coruna 7-1 at home on Sunday to reclaim fourth place in the standings.

Real had lost two of their last three league games and got off on the wrong foot against relegation-threatened Deportivo when former Atletico Madrid forward Adrian Lopez put the visiting side ahead against the run of play in the 23rd minute.

The stumbling La Liga champions responded in emphatic fashion, however, and went on to record their biggest win of the season in all competitions with two goals apiece from Gareth Bale and Nacho Fernandez as well as Ronaldo and a long-range strike from Luka Modric.

Ronaldo was unable to continue playing after he was left with a bloodied face by the boot of Deportivo defender Fabian Schar as he struck his second goal, which took him level with Bale as Real's top scorer in the league with six strikes.

Real climbed back above Villarreal into fourth place on 35 points but are still far behind runaway leaders Barcelona, who top the standings with 51 points and can move 11 clear of nearest challengers Atletico Madrid if they beat Real Betis later on Sunday.