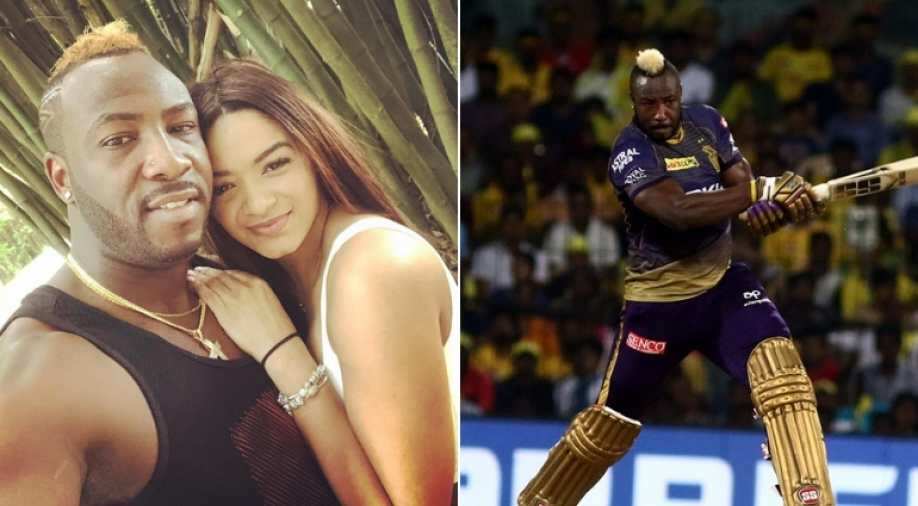 Being a model and an Instagram Fashion Lifestyle Influencer, Lora herself is very popular but in India, she became popular after her husband's outstanding performance in the ongoing edition of Indian Premier League

Andre Russell's wife Jassym Lora lashed out on the social media and gave a befitting reply to users who tried to troll and even body-shamed her.

Being a model and an Instagram Fashion Lifestyle Influencer, Lora herself is very popular but in India, she created a fan base after her husband's outstanding performance in the ongoing edition of Indian Premier League.

Russell, so far, amassed 486 runs playing at a strike rate of 207.69 including 50 sixes and became a cricket sensation among Indian fans.

Jassym replied to online trolls and said that such users should get punched in the mouth for disrespecting others.

Also Read: Like being hailed as superhero, says Andre Russell

On her Instagram account, where she has over 126 thousand followers, posted a photo with a note, saying, "Social Media has made too many of you comfortable with disrespecting people and not getting punched in the mouth for it."

After Kolkata's win over Mumbai on Sunday, Russell in a special interview to his wife said that her presence comes as a massive boost for the Jamaican cricketer and she is his "lucky charm".

A special interview of a special man by his special woman. A video which will make you go all Awww 💜💜💜@28anand brings @Russell12A & his wife @JAssymLOra11 in one frame after @KKRiders' win last night at the Eden Gardens. #KKRvMI

Oh my sweet husband, I’m not just wishing for you to have a great birthday, I’m praying that you’re blessed with your heart’s desires.! Happy birthday Mi Amor! #happybirthdayhusband ❤️🎂

Andre Russell is currently playing for Kolkata team in the IPL 2019.