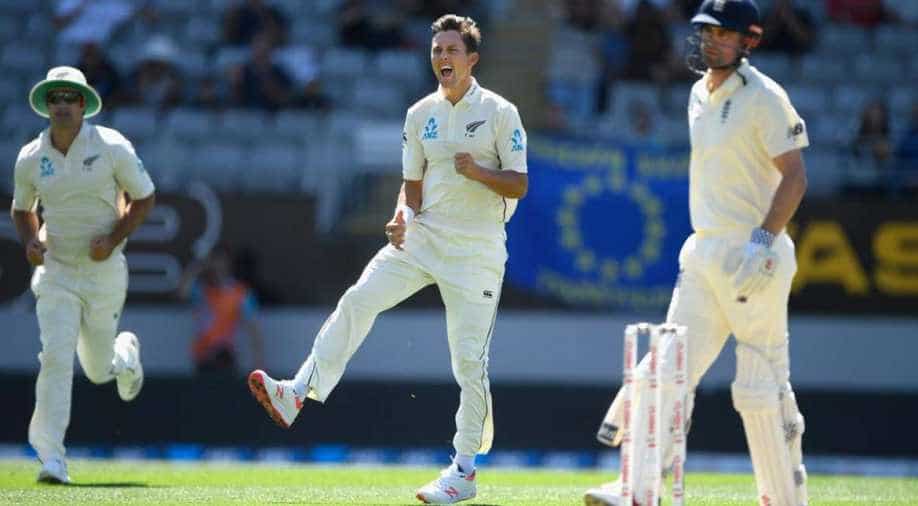 Trent Boult was declared the Man of the Match for claiming nine wickets in the match. Photograph:( Zee News Network )

New Zealand on Monday defeated England by an innings and 49 runs in the first Test of the two-match series at the Eden Park in Auckland.

England suffered a major blow when it lost its captain Joe Root on the last ball of the fourth day, as it strove to save the Test, trailing New Zealand by 237 runs at the end of the day.

With seven wickets in hand heading into the final day, the visitors lost Dawid Malan (23), Jonny Bairstow (26) and Moeen Ali (28) in the first session before Ben Stokes and Chris Woakes battled through the middle session.

However, Neil Wagner dismissed them both to take his side to a comfortable victory.

Boult, Wagner, and Astle took three wickets each in the second innings.

Boult was declared the Man of the Match for claiming nine wickets in the match.

The second Test will be played from March 30 at Hagley Oval, Christchurch.

Virat Kohli opts for county stint to prepare himself for...