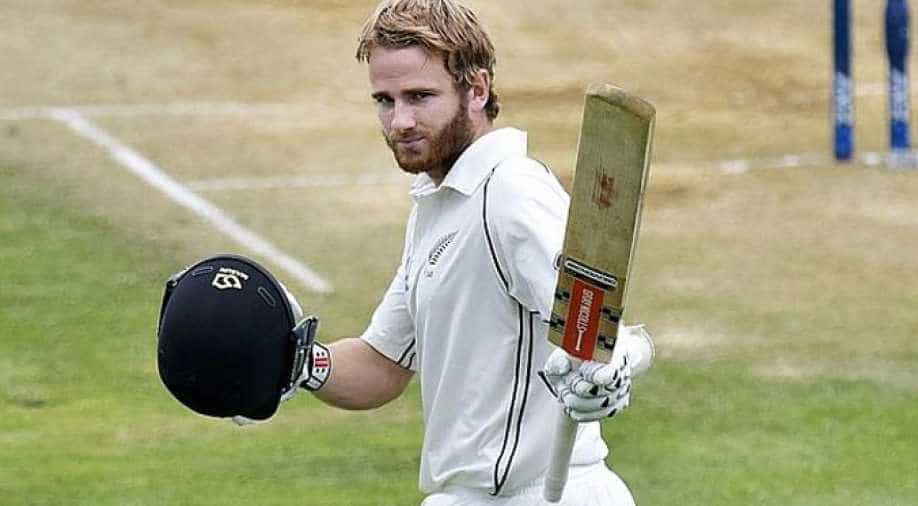 Henry Nicholls and BJ Watling extended New Zealand`s lead over England to 171 runs before the players were forced off at Eden Park due to rain on the second day of the first test on Friday.

Nicholls was 49 not out while Watling was on 17 as New Zealand reached 229 for four before heavy rain swept across the ground about an hour after play had resumed following a rain-shortened first session that lasted only about 40 minutes.

Williamson brought up the milestone when he ran a quick single after resuming the second day`s play on 91.

The 27-year-old, however, was unable to push on further, with England taking the second new ball shortly after they returned and Jimmy Anderson trapping him in front.

While the skipper reviewed, television technology upheld umpire Paul Reiffel`s decision to give him out for 102.

Nicholls and Watling, who was playing his first test in a year after battling a hip injury, then continued to build the hosts` lead as they sought to capitalise on a superb bowling display on the first day.

England had been bowled out for 58 in the first 90 minutes of play on Thursday following a Trent Boult and Tim Southee seam onslaught.

Boult finished with a career-best six for 32 after he had ripped the top off England`s batting with 4-9 from his first six overs. Southee finished with 4-25.