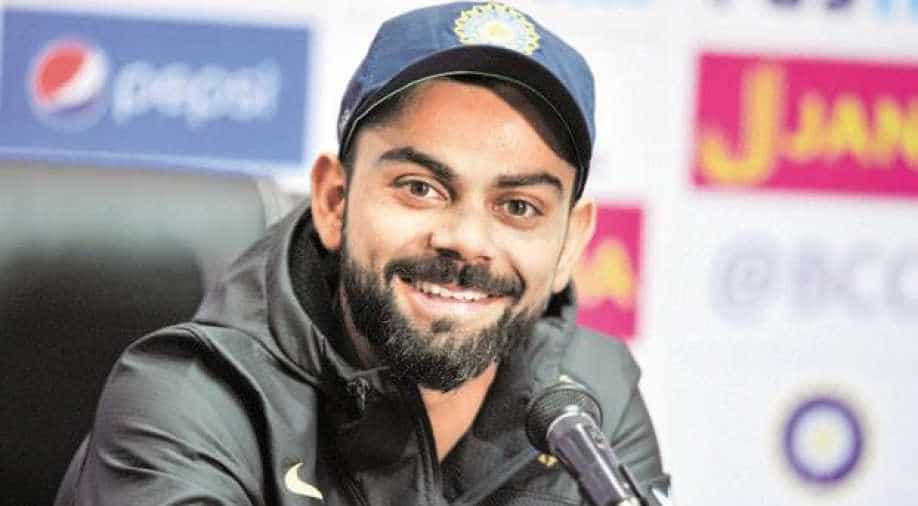 Taking the upcoming tour with great seriousness, Kohli will also miss the one off-Test against Afghanistan. Photograph:( Zee News Network )

To be in best shape for the upcoming England tour, Indian Skipper Virat Kohli has decided to opt for a short county stint after the Indian Premier League (IPL) to help prepare for the Test series which begins on August 1.

Taking the upcoming tour with great seriousness, Kohli will also miss the one off-Test against Afghanistan.

However, it is yet to be ascertained which county Kohli will represent, but speculations are rife that it could be either Surrey or Essex.

Virat Kohli 's decision to play county cricket before the England series shows his drive and commitment to achieve excellence. I am sure not only him,but Team India will do exceedingly well in the England series. Best wishes!

"Virat will be playing for a division one county side for sure. I wouldn't like to add anything more to it. There were talks with Surrey and Essex," a senior BCCI official said.

Kohli didn't have a great Test series in England in 2014 when he failed to get even a single half-century.

The right-hander managed to score just 134 runs in five Tests at an average of 13.40 with two ducks to his name.

Accordingly, Cheteshwar Pujara will be turning up for Yorkshire while Ishant Sharma will be playing for Durham.

It is also learnt that some of the senior India players will also turn up for India A in England in their bid to prepare for the tour.

In England, the Men in Blue will play a five-test series, three T20Is and a three-match ODI series.