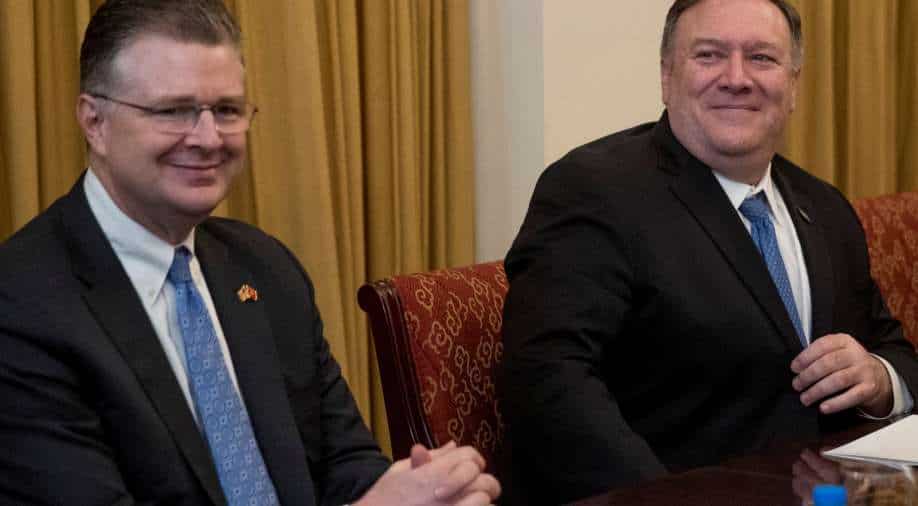 The top US diplomat for East Asia will visit Indonesia, Malaysia, Singapore and Thailand Photograph:( Reuters )

Daniel Kritenbrink, the assistant secretary of state for East Asia, will be in the region from Saturday until Dec. 4, a State Department statement said

The top US diplomat for East Asia will visit Indonesia, Malaysia, Singapore and Thailand from the weekend after President Joe Biden pledged stepped up engagement with Southeast Asia, a key battleground in his contest for influence with China.

Daniel Kritenbrink, the assistant secretary of state for East Asia, will be in the region from Saturday until Dec. 4, a State Department statement said.

Kritenbrink would "reaffirm the US commitment to work together ... to tackle the most serious global and regional challenges" and stress U.S. support for "a rules-based order in the Indo-Pacific," it said, a reference to China's increasingly assertive behavior in the region, which Washington has repeatedly denounced as "coercive."

He will also discuss how to strengthen economic relationships and "build back better" from the COVID-19 pandemic, it said.

Biden joined leaders of the Association of Southeast Asian Nations (ASEAN) in a virtual summit last month, the first time in four years Washington had engaged at the top level with the bloc.

He pledged to stand with ASEAN in defending freedom of the seas and democracy, and said Washington would start talks on developing a regional economic framework, something critics say his Asia strategy has lacked since his predecessor Donald Trump quit a regional trade pact.

Daniel Russel, a predecessor of Kritenbrink in the Obama administration, said a key question for ASEAN was "whether the United States truly has a viable economic strategy" for the region.

"The pledge to discuss ways to strengthen US economic engagement with ASEAN countries is music to their ears, even if they may be underwhelmed by the 'economic framework' so far," he said.

Kritenbrink's trip announcement stressed the "centrality" of the 10-member ASEAN to regional affairs, but he will not visit the bloc's new chair, Cambodia, which has shifted ever closer to China.

The Asian diplomat and Russel said Kritenbrink was likely to visit other ASEAN countries before long and Russel noted Indonesia's capital Jakarta is home to the bloc's permanent headquarters.

"While it is important to discuss the ASEAN agenda with the 2022 chair, visiting ASEAN headquarters in Jakarta will afford him the opportunity to begin that conversation," Russel said.