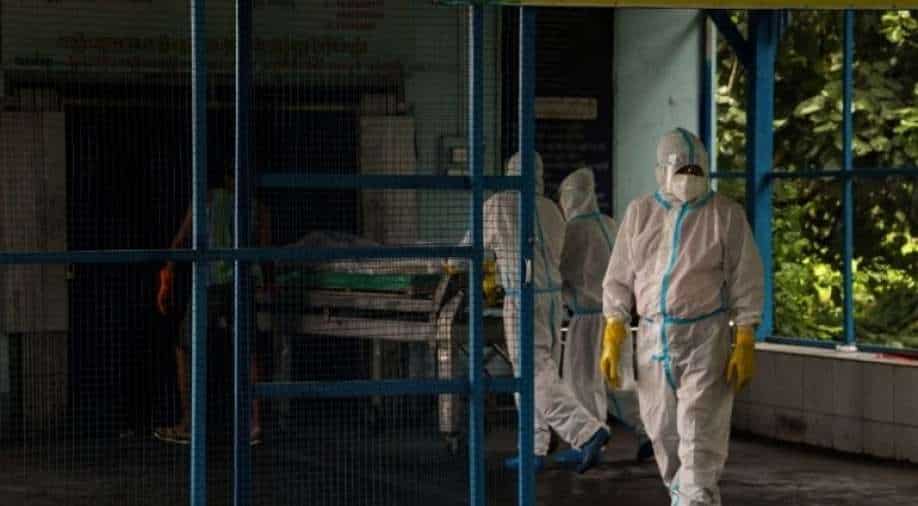 On Wednesday, nearly 4,000 new cases had been reported, compared to fewer than 50 in early May

From Thursday, a ban on more than one person leaving home for non-medical reasons will apply to 10 Yangon townships, which together are home to around 1.5 million people.

No timeframe was given for the restrictions, on townships including Hlaing Thar Yar, the scene of huge pro-democracy protests met by a brutal military crackdown after the country's February coup.

Yangon is home to an estimated seven million people.

Those travelling to government jobs are exempt, according to the announcement from the health and sports ministry of the State Administration Council, as the military junta calls itself.

Authorities reported almost 4,000 new cases on Wednesday, compared with fewer than 50 per day in early May.

Myanmar's creaking healthcare system had struggled to respond to COVID-19 even before the coup, which ousted civilian leader Aung San Suu Kyi.

Swathes of the country were put under partial lockdown last year, although enforcement was often lax in the developing nation where many face a stark choice between following regulations and feeding their families.

Since the coup, thousands of doctors, volunteers and civil servants have joined a mass civil disobedience campaign to protest against the military regime.

Around 1.75 million people have been vaccinated in the country of 54 million, state TV said Wednesday, with authorities rushing to secure more doses from Russia and China.

Two million doses would arrive in Myanmar shortly, it added, without providing details.

On Wednesday China reported its highest daily caseload in six months, thanks partly to a spike in cases in the town of Ruili, a major crossing point from Muse in Myanmar.

Of 57 new infections, 12 were Myanmar nationals, according to health authorities in Yunnan province, who blamed the outbreak on the more contagious Delta variant.