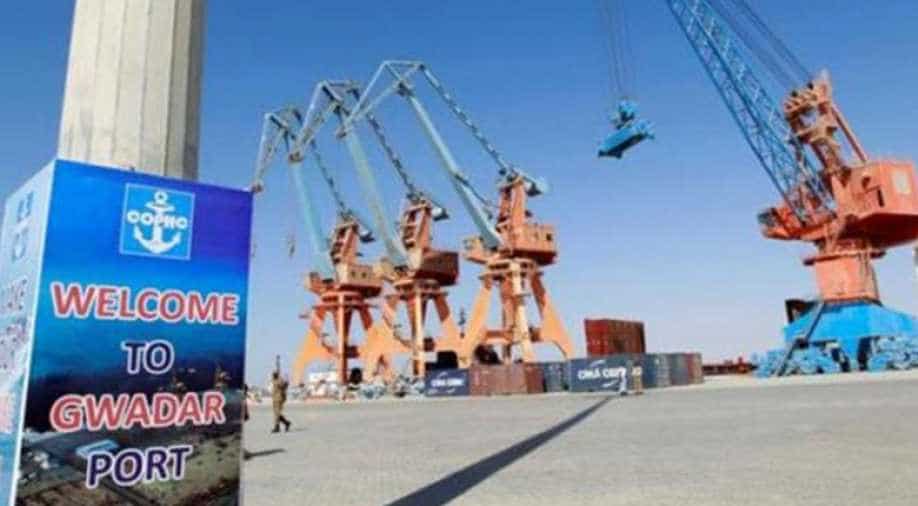 The initiative was a step towards the relocation of the Chinese manufacturing industry in Gwadar and engaging the local labour, the minister said, adding that the move would ultimately boost Pakistan's economy.

Pakistan has decided to grant a tax exemption to a Chinese firm for 23 years to facilitate the establishment of its industrial units at Gwadar Port in Balochistan.

Pakistan's Minister for Maritime Affairs Ali Haider Zaidi, along with the firm's Chief Executive Officer Zhang Baozhong, said that the China Overseas Ports Holding Company (COPHC) has already been operating at Gwadar Port since a long time and would get tax exemption for installation of machinery and other equipment at the port, Dawn News reported.

The initiative was a step towards the relocation of the Chinese manufacturing industry in Gwadar and engaging the local labour, the minister said, adding that the move would ultimately boost Pakistan's economy.

He also said that the Chinese firm would also set up a desalination plant with the cost of Rs 1.95 billion to provide 5,000 gallons of water per day to the people.

It should be noted that the following developments have come at a time when Pakistan Prime Minister Imran Khan is on a two-day visit to Beijing to hold meeting with Chinese authorities over the recent regional developments and projects under the China-Pakistan Economic Corridor (CPEC) being on top of his agenda.

Zaidi also announced that China would build Pakistan-China Technical and Vocational Training Institute in Gwadar at a cost of around $10 million, which, he said, would open job opportunities for locals.

"About 360 students equipped with technical skills would pass out from the institute every year," he was quoted as saying.

He stated that the Pakistan-China Friendship Hospital would also be established on 68-acre land at an estimated cost of $100 million.

Besides, a coal power plant for generating 300MW electricity would also be set up in Gwadar, the minister added.

On the issue of Gwadar Port's connectivity with Makran Coastal Highway, he said the Executive Committee of the National Economic Council (ECNEC) had approved construction of three bridges on the Eastbay Expressway to resolve the grievances of local fisherman.

Around 40 per cent construction work on the Eastbay Expressway had been completed while the rest would be completed by December 2020, he added.

Meanwhile, addressing the tax exemption proposal of the Chinese firm, Baozhong said that the present government had resolved the issue that had been pending for the past seven years.