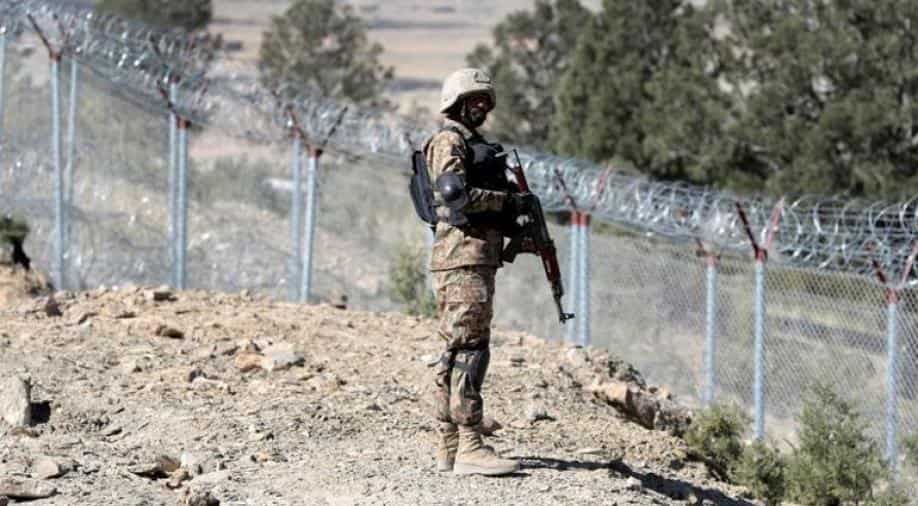 A soldier stands guard along the Pakistan-Afghanistan border (file photo). Photograph:(Reuters)
Follow Us

The announcement comes a day after Pakistan detected two new cases of the virus bringing the total number of infected patients to four.

Pakistan is closing one of its two border crossings with Afghanistan for a week to prevent the spread of coronavirus, officials said Sunday.

The announcement comes a day after Pakistan detected two new cases of the virus bringing the total number of infected patients to four.

Officials said the Chaman/Spinboldak crossing point would close from Monday, but a second point at Torkhum in the northwest would remain open.

Pakistan is sandwiched between China and Iran -- which are both fighting major outbreaks -- sparking fears about the country's ability to cope with an epidemic of its own.

The country has suspended all flights to Iran and closed land borders.

Pakistan and Afghanistan are divided by the "Durand Line", a 2,400-kilometre (1,500-mile) frontier with Villages straddling the border and mosques and houses having one door in Pakistan and another in Afghanistan.

The virus has now killed more than 2,900 people and infected over 83,000 worldwide, with an increasing number of new cases being reported each day.