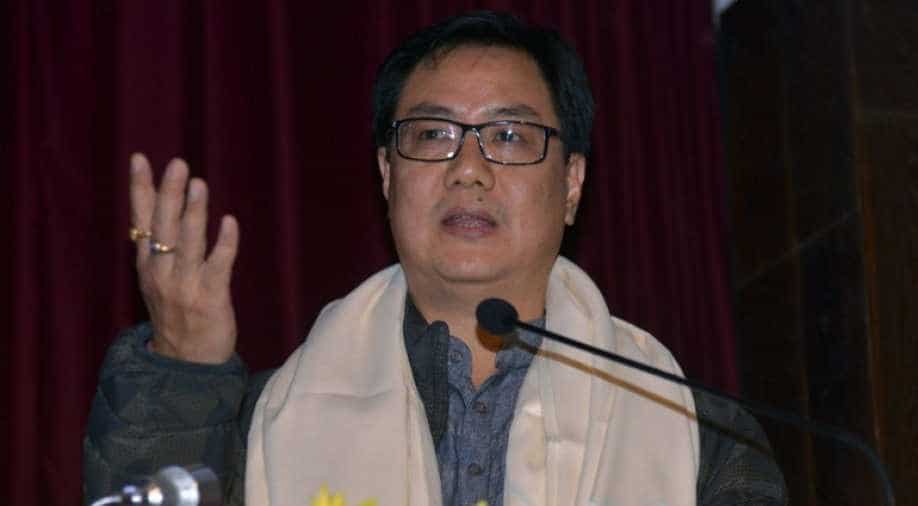 The minister said the AAP and Congress leaders have no locus standi to ask questions. Photograph:( AFP )

"I don't know what problems do the AAP and Congress have. When Jung was working, they were demanding resignation."

"Now since he has resigned, they are questioning why he has resigned. Should Jung have resigned by taking permission from AAP and Congress?" Rijiju said.

The minister said the AAP and Congress leaders have no locus standi to ask questions. He asked the two parties "to give up doing politics" over Jung's resignation.

Rijiju also refused to speculate on the reasons behind Jung's resignation saying only Jung could tell it. Raising questions over Jung's sudden resignation, Delhi Congress chief Ajay Maken had demanded that the Centre should explain the reasons behind his "unceremonious exit", saying there is more to it than meets the eye.

The AAP had alleged that Jung worked under the "influence" of the Modi dispensation and questioned whether the power tussle between the Centre and Delhi government will continue even after the appointment of a new LG.

"Modi government promotes its people. We hope he gets a better posting after this. I am unhappy that his tenure was disgraceful. Now that he has gone, good luck to him."

"Najeeb Jung's behaviour was not his. He was under the influence of someone. We hope the next LG gives priority to issues concerning people and does not work under anyone's influence," AAP's Kumar Vishwas had said.