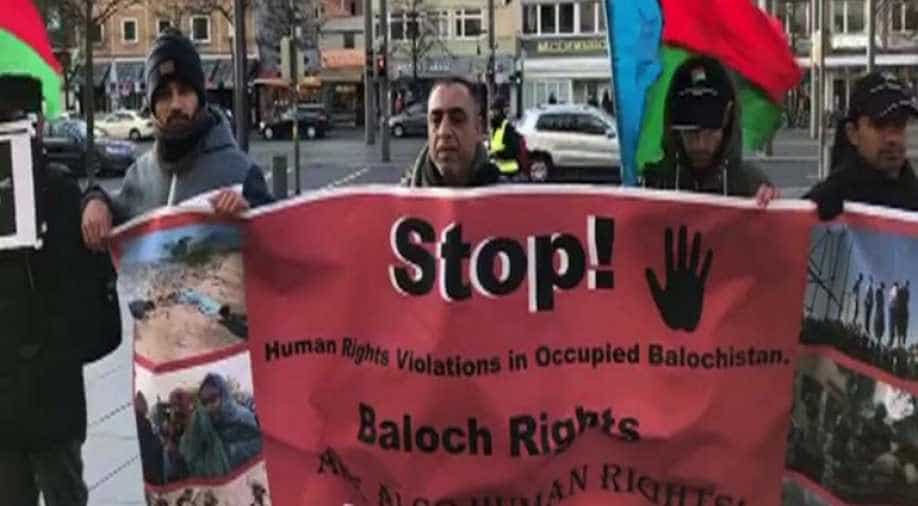 In a nutshell, Baloch people face state genocidal policies from Pakistan and Iran just because they own a land rich in resources.

"Today we are marking the day in Germany and many other countries simultaneously as the `International Human Rights Day` declared by the United Nations in 1948, the same year when Pakistan occupied Balochistan. Since then, Balochistan is struggling for their basic right of freedom and liberty but it is sad to see the Baloch voice has always been unnoticed and unheard," the FBM activists highlighted.

They Baloch activists have urged all free-born human beings to come forward, raise voices and fulfil their moral responsibilities, so that "we, Baloch, also avail our right to live free and get rid of the inhuman treatment from ruthless Islamic fanatics who are also responsible for terrorising the world."

The enforced disappearances are an urgent issue in Balochistan. The Pakistani army and security forces have abducted and disappeared, at least 20,000 Baloch political and human rights activists since 2000. So far mutilated bodies of about 6000 of these victims have been discovered in different parts of Balochistan.

In London, the FBM activist though a letter informed Amnesty International that enforced disappearances of Baloch political and human rights activists are not a new occurrence.

The Punjabi army of Pakistan illegally occupied the independent state of Balochistan in March 1948.

"To this day, Pakistan has carried out five major military operations in Balochistan. As a result of which thousands of Baloch have been killed, disappeared and over a million have been displaced. The policy of abduction, torture, rape, and killing of Baloch women and children in Balochistan started with illegal occupation of Balochistan by Pakistan army. Targeting Baloch women and children has been a chief policy of Pakistan to pressurise the Baloch political and human rights activists to stop their activities for independence and for the Baloch freedom fighters to hand themselves into the Pakistani army," the speakers explained.

The participants said that for the recovery of their loved ones, the Baloch families have organised the longest march in human history from Shal, the capital city in eastern Balochistan, to Islamabad capital city of Pakistan about 3000 kilometres in 2013. These families have also been sitting in from Quetta Press Club for more than 3400 Days.

"East Balochistan is under total military occupation of Pakistan and all news about Balochistan is controlled by the Pakistani army. There is no independent media, reporter or a human rights organisation in Balochistan," Baloch leader Shahzavar Baloch said.

The FBM activists have urged Amnesty International and other Human Rights activists to take a few steps for ending enforced-disappearance in Balochistan. They have demanded a formation of an independent committee comprising the representatives of the UN, Amnesty International, Human Rights Watch, Asian Human Rights Commission, Red Cross, Independent academics and Baloch representatives to investigate and report openly all cases of Baloch abducted and disappeared persons by the Islamic State of Pakistan.

The Baloch activists also require free access to all independent media to every corner of Balochistan to reveal the true situation and to report actual facts about Balochistan to the world. They also sought for an immediate release of all abducted Baloch political and human rights activists, especially innocent Baloch women and children.

Lastly, they also demanded an identification and prosecution of all members of the Punjabi army of Pakistan and their proxies who have committed crimes against humanity in Balochistan in an open and independent court.