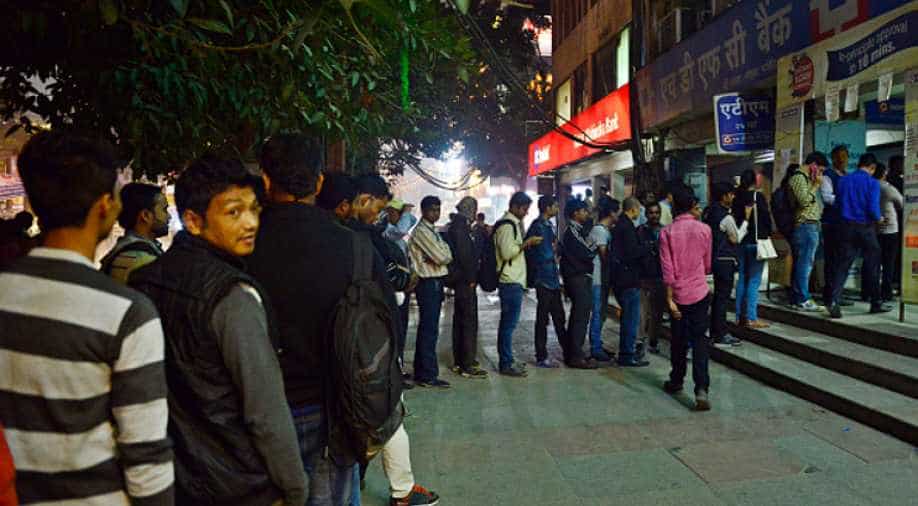 The car driver was beaten up by the crowd and handed over to police. Photograph:( Getty )

Twelve people were injured, after a car allegedly being driven by a drunk driver, rammed into a queue outside an ATM in Solapur district today.

The injured have been admitted to a nearby hospital, where the condition of three people is stated to be serious, police said.

The incident happened around 11 AM at Atarnagar on the Solapur-Bijapur road.

"We have registered a case against the driver under relevant sections of IPC and he has been arrested. Bijapur Road police is investigating the matter," Solapur SP Ravindra Sengaonkar, told PTI.

The car driver, who was allegedly in an inebriated state, was beaten up by the crowd and handed over to police.