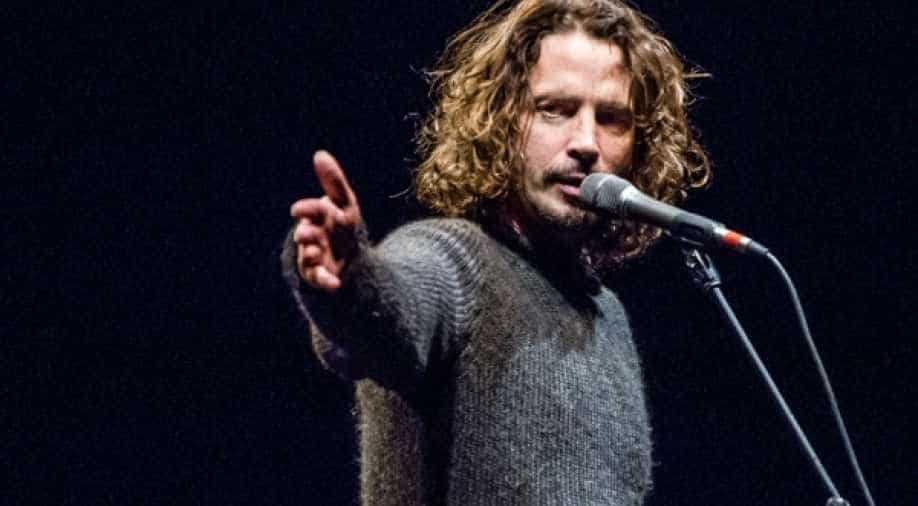 'The cause of death has been determined as hanging by suicide,' the Wayne County medical examiner?s office said. Photograph:( Bollywoodlife.com )

The sudden death of Audioslaves and Soundgarden vocalist Chris Cornell has left the music industry stunned. However, the new developments suggesting suicide is shocking to another level.

In a statement revealed to Radar, The Wayne County Medical Examiner’s Office stated, “The Medical Examiner has completed the autopsy on 52-year-old Chris Cornell, the Soundgarden musician who died last night in Detroit. The cause of death has been determined as hanging by suicide. A full autopsy report has not yet been completed. There is no additional information at this time.”

The singer, who performed about an hour ago before the incident occurred, was in high spirits, suggest close sources.

Right after finishing a concert in Detroit, Cornell was escorted to his room by security. He was later found dead in the bathroom with a band around his neck. It was his wife who suspected something was wrong as she raised an alarm, getting the security to break the door. These are just initial reports from autopsy.

The procedure is yet to be complete as toxicology and many more tests need to be conducted on him. Considering how he was a reformed drug abuser, tests for involvement of narcotics needs to be done. Only then, will they be able to determine whether it was the drugs that acted as catalysts. At the same time, the investigation regarding who he spoke to last and a lot more will be carried out.

According to Vicky Cornell, his wife, the singer showed no signs of depression or suicidal tendencies when they last spoke i.e. minutes before the concert. So it comes as a bigger shock.

Onlookers and fans commented how he was happy and there was so sign of sadness in his eyes or behaviour.

Even as his body was found in the bathroom (in the same clothes he wore for the concert), there was no sign of drugs or narcotics lying around.

The bandmates have agreed to cooperate with the police and answer their questions on the same.

The 52 year old was on a tour along with his bandmates. What’s more sad is that right after his concert, Cornell even tweeted that he was in Detroit and excited for the same.

The music industry, especially his peers from the grunge rock movement are bereaving his death.

Chris Cornell was a genius. Too much talent in one man. I have countless memories listening to his music growing up. Devastating. RIP

I didn't want to say anything until the end of the day, but I am devastated by the passing of Chris Cornell. His soul will live on forever.

We wonder what caused him to take such a drastic step.