Youngsters in Jammu and Kashmir want to take part in sports: Kiren Rijiju 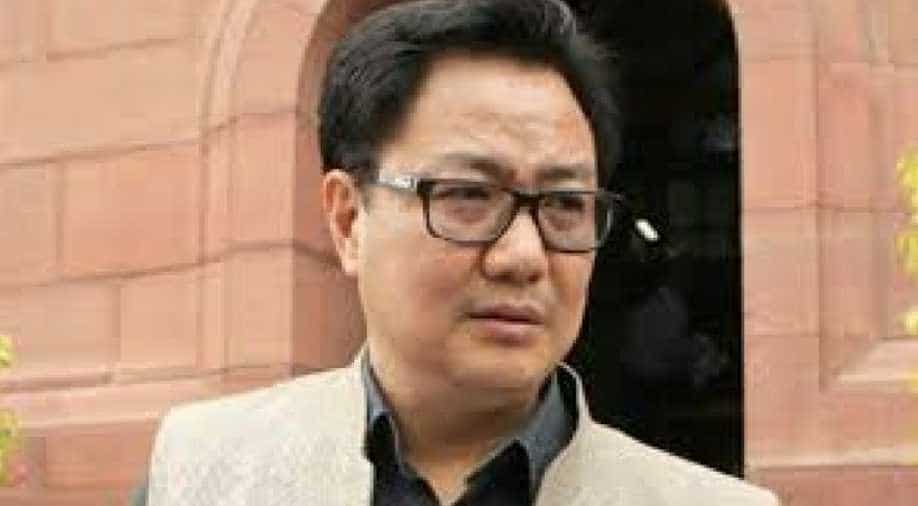 Rijiju spoke on the issue after flagging off 'Great Ganga Run Marathon' along with Union Minister for Jal Shakti Gajendra Singh Shekhawat.

Union Minister for Youth Affairs and Sports Kiren Rijiju on Sunday said that youngsters from Jammu and Kashmir want to take part in sports and his ministry is actively making plans for different cities and villages of the region.

Rijiju spoke on the issue after flagging off 'Great Ganga Run Marathon' along with Union Minister for Jal Shakti Gajendra Singh Shekhawat.

"Yesterday, I met a number of young people from Jammu and Kashmir. They want to take part in sports. We are making plans for different cities and villages. Sabko saath lekar chalenge (we will take everyone along)," Rijiju told reporters.

On August 5, the Central government abrogated Article 370 removing the special status given to Jammu and Kashmir.

Since then, with an aim to promote all-round development of youth, the local administration, along with the Central government, has been taking up several sport-based activities in the region.

Speaking to ANI, Sunil Kumar, District Youth Service and Sports officer of Kathua had said, "Sports is important to stay fit and healthy. Sportspersons are given the opportunity to join the security forces too as they have the stamina to face any situation, whether it be on the hills or plains. The department has set up an annual calendar to give an opportunity to the youth, including girls, to participate in various games."

"After the first part of Khelo India, the second part of the same will be completed shortly. At present inter-school and district level games are being played in sports stadium, Kathua. Young men and women have been taking part in it in large numbers," he added.

Sports like cricket and karate have attracted a large number of people in the area.Praising the government's initiative, a sports enthusiast had told ANI, "This is an excellent initiative by the government for the youth. It will not just help provide an opportunity to showcase the skills of the youth but also help in improving health and fitness."