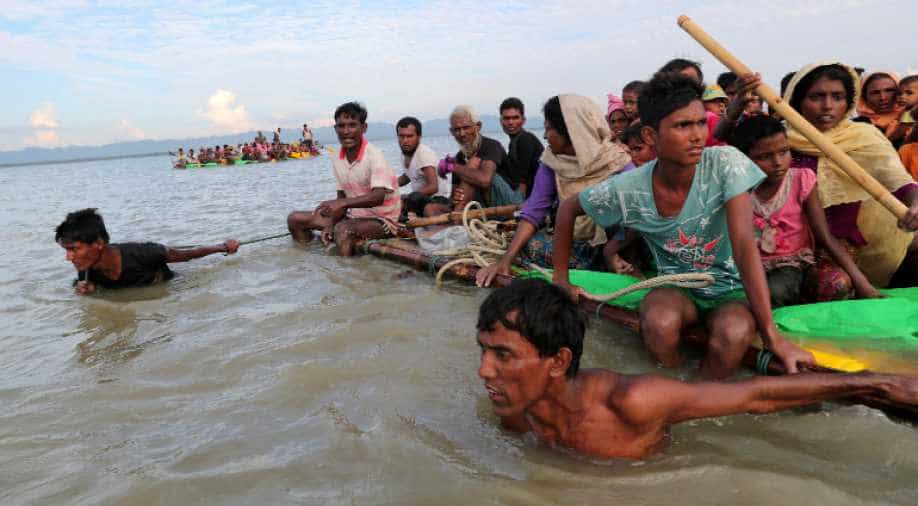 Rohingya refugee men pull the raft as they cross the Naf River with an improvised raft to reach to Bangladesh in Teknaf Photograph:( Reuters )

Provide freedom to people in PoK: India to Pakistan at UN

The Indian government in the United Nations appealed to Pakistan to "dismantle special terrorist zones and safe havens in Pakistan Occupied Kashmir" (PoK) at the third Universal Periodic Review (UPR).

Italy fails to qualify for next World Cup, Buffon quits

2006 World Champions Italy failed to qualify for next World in Russia after they were held to a goalless draw by Sweden at the San Siro in Milan on Monday night.

Myanmar's army released a report on Monday denying all allegations of rape and killings by security forces, having days earlier replaced the general.

Flights affected due to smog in Pak's Punjab province