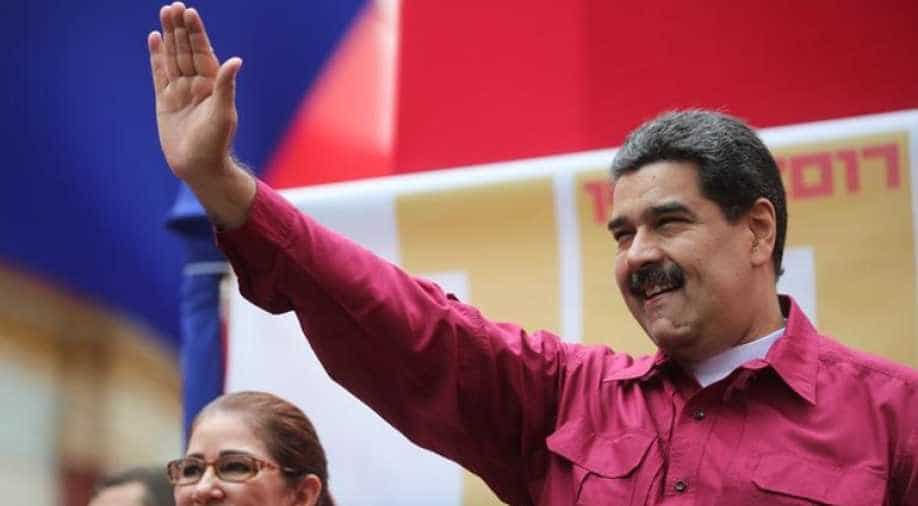 President Nicolas Maduro confused investors this month with a vow to continue paying Venezuela's crippling debt, while also seeking to restructure and refinance it. Photograph:( Reuters )

Venezuela is reeling under crippling US sanctions even though President Maduro vowed on Monday to continue paying debts.

Nearly $300 million in late interest payments on three bonds - PDVSA 2027, Venezuela 2019 and Venezuela 2024 - was also due on Monday but the Venezuelan government gave no roadmap on its restructure and refinancing plans.

ONGC Videsh, the overseas investment arm of ONGC, confirmed to Reuters that PDVSA had fallen behind on the payments, but declined to give details on the delays.

“They have got certain challenges at this stage,” ONGC Videsh said in an emailed response to Reuters’ questions.

“They have assured that they are working on it (payment of dues). In due course it will be settled and follow up steps will be undertaken,” the official added.

“We have a good working relationship with PDVSA,” the ONGC official said.

Reuters quoted two sources to inform that PDVSA had made no payment since April on a $540 million dividends backlog to ONGC for an investment the Indian firm made in an energy project in Venezuela.

Last week Venezuela's PDVSA had made an overdue $1.1 billion principal payment, Bloomberg said even as President Maduro attracted international attention from creditors and domestic audience for his handling of the economic crisis.

The OPEC member’s economy has collapsed since global oil prices plummeted in 2014. Venezuela depends on oil for more than 90 per cent of export revenue.