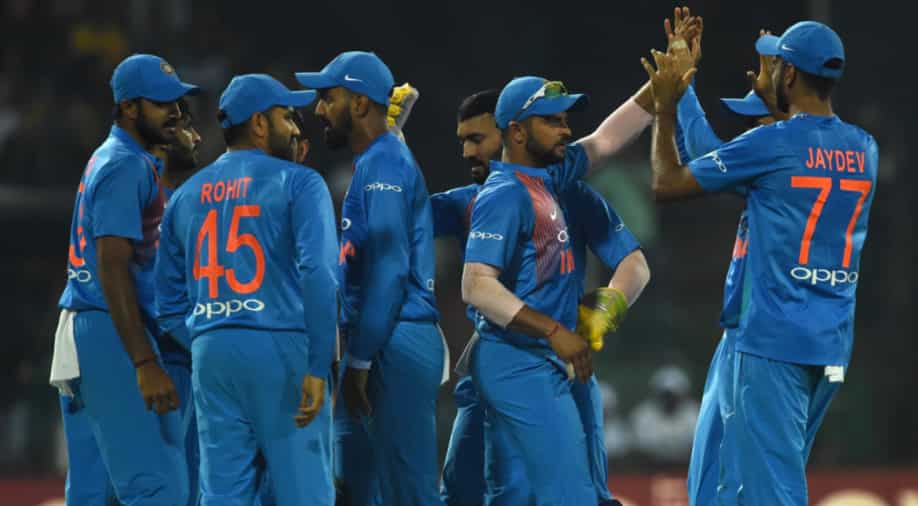 India beat Sri Lanka in the fourth T20I of the Nidahas Trophy by six wickets on Monday evening. India got to the winning mark of 153 for the loss of four wickets in 17.3 overs. The match was reduced to the 19-overs-a-side affair after over an hour was lost due to rain.

The adult-film actress who claims she had an affair with Donald Trump before he became US president offered on Monday to return $130,000 that Trump's personal lawyer paid her in what she said was hush money to remain silent about the alleged relationship.

As the magic of Black Panther continues to rule at the Box Office, the new trailer of Avengers: Infinity War gives a sneak peek into the great battle that would ensue in Wakanda in the film. The third film in the Avengers series, Avengers: Infinity War has preponed its release date from May 4th to April 27th.

The daughter of a business tycoon and bride-to-be Mina Basaran, along with her seven friends, were onboard the Turkish private jet which crashed in a mountainous region of Iran on Sunday. Mina Basaran, 28, the daughter of Turkish billionaire businessman Huseyin Basaran, and her female friends were flying back to Istanbul after celebrating Basaran's bachelorette party in Dubai.

US President Donald Trump has blocked Singapore-based Broadcom's bid to acquire smartphone chipmaker Qualcomm. Trump cited national security concerns for behind move. Trump administration stated that there is 'credible evidence' to suggest that the deal may turn detrimental to America's national security.