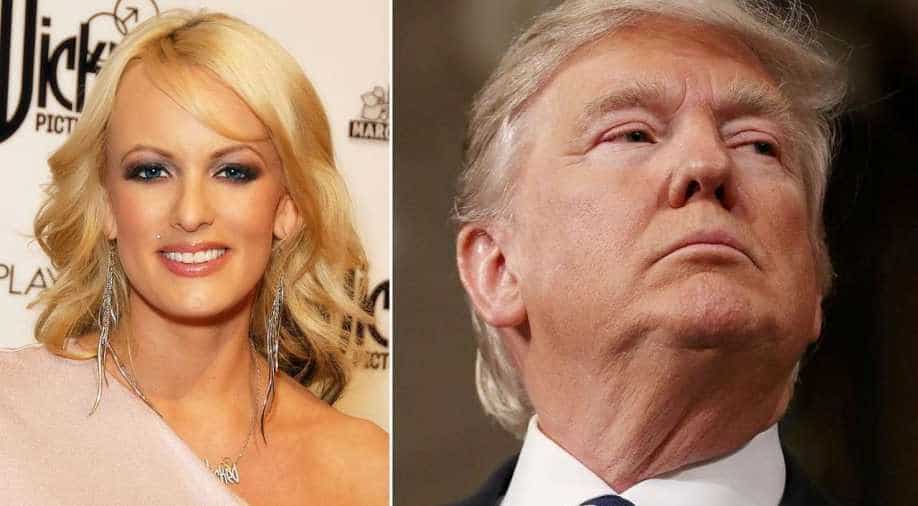 The adult-film actress who claims she had an affair with Donald Trump before he became US president offered on Monday to return $130,000 that Trump's personal lawyer paid her in what she said was hush money to remain silent about the alleged relationship.

Actress Stephanie Clifford, who uses the stage name Stormy Daniels, has said the affair with Trump began in 2006 and lasted several months. Trump has denied he had an affair with Clifford.

Clifford proposed on Monday that she be allowed to discuss her alleged affair with the president freely after repaying the money.

"This is an extremely fair offer," her attorney, Michael Avenatti, said in an interview. "It accomplishes the goal of allowing the American people to decide who is telling the truth after hearing both sides."

The alleged affair has become the latest distraction for Trump as he tries to advance his trade agenda and prepares for a proposed meeting with North Korean leader Kim Jong-un. It also threatens to erode the president's support among evangelical voters.

Michael Cohen, a private lawyer for Trump, has said he paid Clifford $130,000 of his own money during the 2016 presidential election campaign. Cohen did not explain why he made the payment or say whether Trump was aware of it.

Regardless of whether Cohen accepts Clifford's offer, the money is the subject of a complaint by the watchdog group Common Cause to the Federal Election Commission. The group claims it is an illegal campaign contribution because of the size and purpose of the payment.

Avenatti in a letter to Cohen, a copy of which was seen by Reuters, said the actress would wire the funds to an account of Trump's choosing by Friday. Avenatti set a deadline of Tuesday for Cohen to respond.

Under the proposal, Clifford after returning the money would be allowed to speak "openly and freely about her prior relationship with the president and attempts to silence her."

She also would be able to "use and publish any text messages, photos and/or videos relating to the president that she may have in her possession, all without fear of retribution and/or legal liability for damages," the Avenatti letter said.

The letter also asked that the president's lawyers agree that neither Trump nor the shell company Cohen used to pay Clifford would attempt to block the broadcast of an interview Clifford taped with CBS News' "60 Minutes" program last week.

And it would require the agreement be signed by all parties, including the president, who did not put his name to the previous nondisclosure deal.

The offer from Avenatti came after White House spokeswoman Sarah Sanders told a briefing last week that Trump had won an arbitration proceeding against Clifford.

The New York Times reported last week that the president`s lawyer had secretly obtained a temporary restraining order to prevent Clifford from speaking out about her alleged affair with Trump.

Clifford in turn sued Trump for the right to speak about the "intimate relationship" she claims they had, saying he never signed the agreement to keep her quiet.

Clifford could be subjected to a $1 million penalty if she broke the nondisclosure agreement she signed. Avenatti told CNN over the weekend that at least 10 people had offered to pay the penalty if she would discuss the alleged affair.