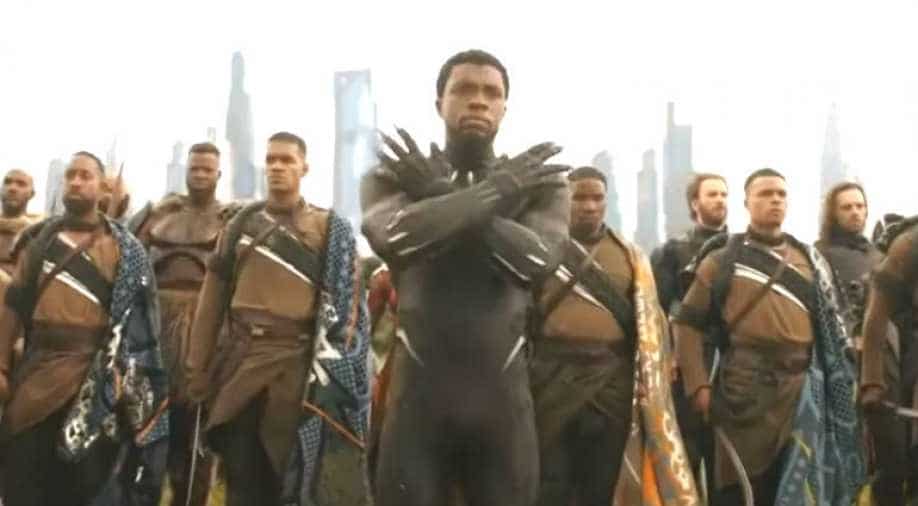 Chadwick Boseman in a still from Avengers: Infinity War Photograph:( Others )

As the magic of Black Panther continues to rule at the Box Office, the new trailer of Avengers: Infinity War gives a sneak peek into the great battle that would ensue in Wakanda in the film. The third film in the Avengers series, Avengers: Infinity War has preponed its release date from May 4th to April 27th.

The film will pit the Marvel's superheroes against Thanos, whose master plan to accumulate all the Infinity Stones has been quietly playing out in a lot of Marvel Universe movies these past years. Armed with the powerful Infinity Gauntlet, the supervillain, played by Josh Brolin through motion capture, has been billed as one of the most terrifying villains in the Marvel Cinematic Universe.

While the trailer gives a glimpse of MCU's superheroes including Captain America, Iron Man, Hulk and the Black Widow, the biggest takeaway remains the split-second appearance of the Black Panther as he gears up for war.

The film, which released in February, has crossed the $1 billion mark at the worldwide box office. Industry insiders predict that after the film's stupendous success MCU might market Avengers: Infinity War highlighting the involvement of Black Panther- played by Chadwick Boseman.

A similar strategy was adopted while promoting The Justice League after Wonder Woman did well at the Box Office.

A key action sequence set in Wakanda has been frequently hinted at in all the trailers we’ve seen so far from the film.