Black Panther review: The film claws its way into the white-dominated superhero universe 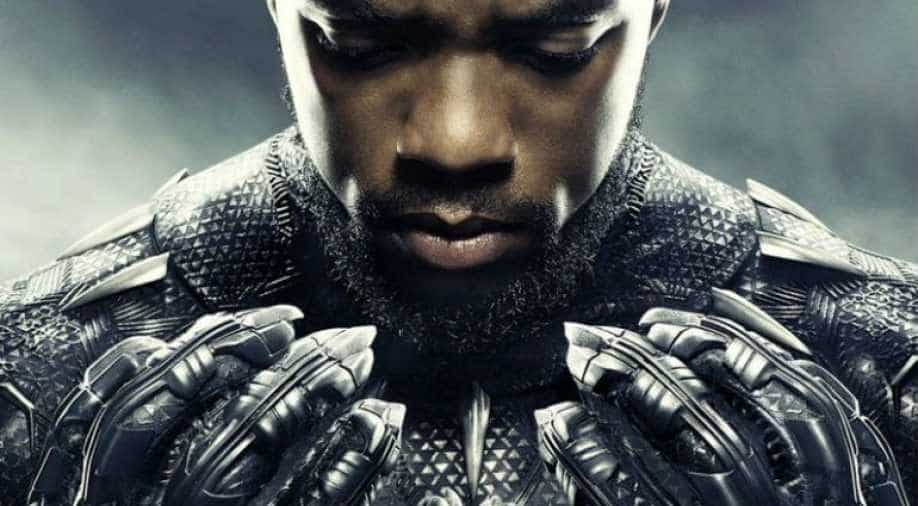 The past few years have witnessed a gamut of superhero film from Marvel and DC comics. Some have been known, some introduced in the cinematic universe for the first time. Most superhero films, in fact, follow the same trajectory. An individual with extraordinary superpowers fighting the evil who is hell bent upon disrupting world peace and claim dominance over it. It is then left upon our superhero, to save the world and thereby save the humanity. This is the main crux of every superhero film. But Marvel Cinematic Universe's latest offering, Black Panther, stands out as it not only introduces the first non-white superhero but also lets its main protagonist search deeper within as he fights one of his own.

Directed by Ryan Coogler, Black Panther is the 18th Marvel film and perhaps, culturally, the most relevant of them all. Based on the comic book character that was first introduced in 1966, Black Panther narrates the story a fictional land called Wakanda- a remote area in Africa surrounded by hills all around. The country which secretly survives and advances because of its vast reserve of the world's most powerful metal vibranium, but projects a completely different life to the world outside. Termed as a 'third world country' by the the world, Wakanda in reality is light years ahead.

The kingdom's newly appointed King T'Challa (Chadwick Boseman) or the Black Panther is entrusted with an important mission soon after his elaborate coronation. He has to go fetch Ulysses Klaue(Andy Serkis), a villainous arms dealer who has breached the defenses of Wakanda. The pursuit of Klaue takes him to Busan, South Korea along with his general Okoye(Danai Gurira) and Nakia(Lupita Nyong'o) - a Wakanda spy and his ex. And though they manage to capture Klaue with a bit of help from a CIA Agent Ross(Martin Freeman), Klaue manages to escape while in custody with the help of an ex CIA agent Eric(Michael B Jordan) who goes by the name of 'Killmonger'.

It turns out that Eric is the son of a Wakanda rogue who broke away from the kingdom years ago and was eventually killed. Eric is now back in his land, to seek revenge and claim what he rightfully thinks is his own. And thus begins a journey of fighting one's own for T'Challa, who is conflicted within- whether to fight back or meekly give in for he feels he and his forefathers have wronged Eric.

The canvas, of course, is massive. And Coogler brings out the vibrant African culture to the fore and infuses it with technical advancement. Wakanda is a utopian land, where the people are steeped in culture yet are one of the most advanced nations in the world thanks to the wealth, the vast reserve of vibranium which powers practically everything around them. There also lies conflicting opinion within Wakanda on how one should use their wealth and resources. One group believes that they should remain allusive- not revealing to the world their strength. While the other feels the wealth can be helped in eradicating poverty of fellow African brothers. And T'Challa treads into an unknown role where he has to be the just king and be true to his ancestry but also carve his own path.

One of the biggest strength of Black Panther is its stellar star cast. Be the lead or the delightful cameos, it's a delight to watch such talented cast come together for a film. Chadwick Boseman plays the titular character with restraint. Like most stand-alone superhero films, Boseman's character is conflicted within, burdened by the great responsibilities that have been bestowed upon him. Boseman plays the righteous Black Panther with absolute ease.

A scene from Black Panther. (Others)

Black Panther also has the incredible Lupita Nyong'o playing T'Challa's ex who not just proves to be an able warrior in times of crisis but also serves as T'Challa's inner voice and conscience keeper. The film has Michael B Jordan who plays the jilted, conflicted Eric with absolute panache and it has Danai Gurira as Okoye, one of the best written female characters in any superhero film. She is feisty, loyal and full of spunk!

In fact, Coogler and co-writer Joe Robert Cole make you root for the female characters more. Okoye, Nakia, and T'Challa's sister Shuri(Letitia Wright)- the brain behind all the technological advancement in the land - are strong women, and are a delight to watch on the screen. These characters are not there to add glamour, but they play an important part in the narrative.

Since its the first break out film for the comic book hero, a lot of the film is spent in establishing his story which can be a bit tedious after a point. The superhero action scenes are therefore restricted to only certain parts. Nevertheless, they manage to thrill. Especially the chase scene on the streets of Busan where the audience gets the first glimpse of Black Panther's incredible superpowers.

A still from Black Panther. (Others)

Laced with subtle humour, the film also highlights that how the world is mostly ignorant about Africa and its people. It also briefly touches upon the monumental movement of the 1960s that took place in America and how it change the political landscape of the country forever.

Above all, Black Panther should be lauded for bringing in a change. It is not as fun as previous year's Thor:Ragnarok but it is a relevant film for the present times. While it doesn't even come close to end the white supremacy in the superhero universe, it surely breaks the monotony by opening up the culturally rich Africa to the world. Hopefully, this too will become a successful franchise in the coming years and compel people to think beyond the usual.