'We are staunch Congress workers': Kin of family involved in security breach at Priyanka's residence 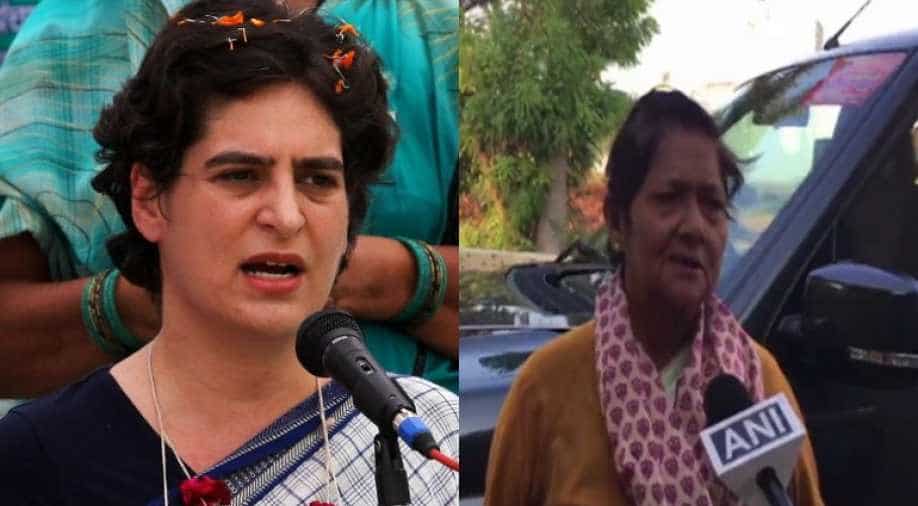 Sharda Tyagi, the mother of the car owner, Chandrashekhar Tyagi, said that her son is contesting the elections and they wanted to talk to the Congress leader about the same.

In an interesting development in the alleged security breach at Congress leader Priyanka Gandhi Vadra's residence, the family involved has claimed to be workers of the party and said that they wanted to talk to the leader.

Sharda Tyagi, the mother of the car owner, Chandrashekhar Tyagi, said that her son is contesting the elections and they wanted to talk to the Congress leader about the same.

"We are staunch 'Congressis'. Our family members have been members of Congress for generations. I was even a party Commissonerate president in 1987 and contested the elections on a Congress ticket in 1991," Sharda Tyagi told ANI on Tuesday.

She said that they had been wanting to meet the Congress leader for some time and had gone to her residence in New Delhi to seek an appointment.

"Although I have been in politics for over 40 years, I have only met Priyanka Gandhi once. She was very young when I had first met her. This time we only managed to talk to her for a minute and my family spent that time clicking selfies," Tyagi said.

"Priyanka Gandhi was entering her house and so we got to meet her. There was a security breach. The Home Guards opened the gate without even seeing who was sitting inside. We only went there once and saw such negligence. This is unacceptable," she added.

Tyagi said Priyanka Gandhi introduced them to a party member and asked to contact that person if we needed anything.

In the last week of November, seven people allegedly entered the residence of Priyanka Gandhi in New Delhi in a black SUV without any prior appointment and sought selfies with Gandhi.

While sources say that an inquiry is being conducted by the Central Reserve Police Force (CRPF) into the matter, the incident has spiralled into a political controversy with several Opposition leaders targeting the Central government over the same.