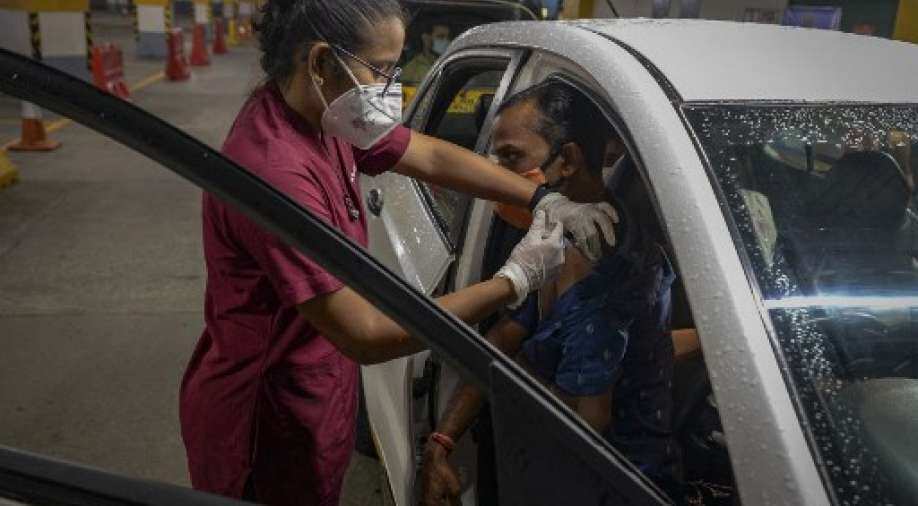 India set a record on Friday by administering over 20 million COVID-19 vaccine doses, in a major push to the inoculation drive on the occasion of Prime Minister Narendra Modi's birthday.

The cumulative doses administered in the country reached 2,03,68,343 at 5.27 pm, according to data on the Co-WIN portal.

The total number of doses administered in the country has crossed 787 million.

"A gift to the prime minister on behalf of health workers and the people of the country. On the birthday of Prime Minister Narendra Modi today, India has crossed the historic figure of administering 20 million vaccine doses in a day, setting a new record. Well done India! " Union Health Minister Mansukh Mandaviya tweeted in Hindi.

The daily vaccinations crossed the 10 million mark for the fourth time in less than a month.

Mandaviya said this is the fastest pace at which 10 million doses have been administered.

"On PM @Narendra Modi Ji's birthday, till 1:30 pm, the country has crossed the mark of 10 million vaccines, the fastest so far, and we are continuously moving forward. I believe that today we will all make a new record of vaccination and give it as a gift to the prime minister," he said in a tweet in Hindi earlier along with the hashtags "VaccineSeva" and "HappyBdayModiji".

The daily COVID-19 vaccinations in the country were over 10 million on September 6, August 31 and August 27.

Mandaviya, on Thursday, had called for a major push to the COVID-19 vaccination drive during Prime Minister Modi's birthday on Friday, saying it would be the perfect gift for him.

The BJP has asked its units across the country to help get a large number of people vaccinated on the occasion.

The country took 24 days to reach 400 million from 300 million doses and then 20 more days to cross the 500 million vaccination mark on August 6, it said.

The total number of doses administered crossed the 750 million mark on September 13.

The countrywide vaccination drive was rolled out on January 16 with healthcare workers (HCWs) getting inoculated in the first phase. The vaccination of frontline workers (FLWs) started from February 2.

The next phase of COVID-19 vaccination commenced from March 1 for people over 60 years of age and those aged 45 and above with specified co-morbid conditions.

The country launched vaccination for all people aged more than 45 years from April 1.

The government then decided to expand its vaccination drive by allowing everyone above 18 to be vaccinated from May 1.