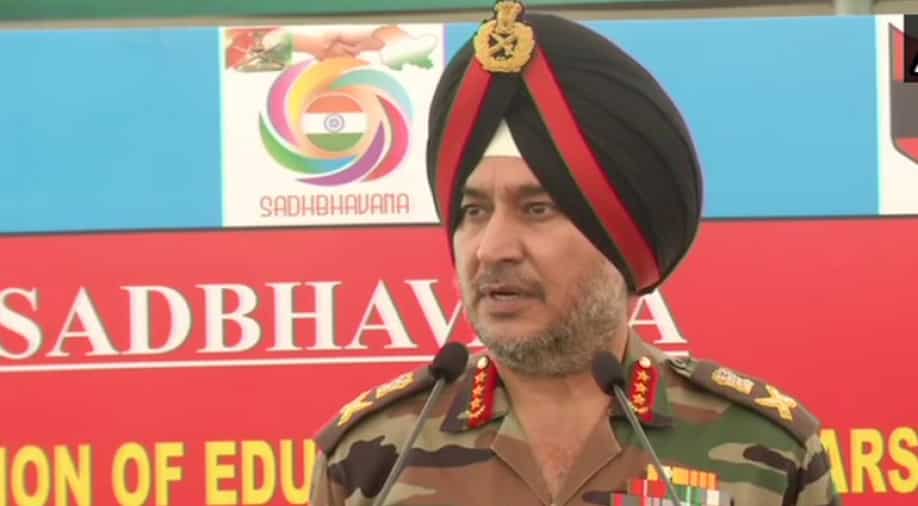 The Army Commander also said that Pakistan is also attempting to push in terrorists in the hinterland.

Northern Army Commander Lt Gen Ranbir Singh on Thursday said that for the last few days Pakistan has been attempting to push in infiltrators.

"For the past few days, there have been attempts by Pakistan to push in infiltrators. Such infiltration attempts have been supported by ceasefire violations," the Army Commander said while speaking to ANI.

"However, the Indian Army is totally alert. We have been able to foil all such attempts at the Line of Control (LoC) itself," he said.

The Army Commander also said that Pakistan is also attempting to push in terrorists in the hinterland.

"Whenever there are any attempts by Pakistan to push in infiltrators or carry out any actions along the LoC, or ceasefire violations, they get a befitting reply from the Indian Army. But, overall the situation is under control," he said.

Lt Gen Singh said the situation in the hinterland is also under control.

"The civil administration has been able to keep the situation under check. It is being monitored regularly. Regular decisions are taken so that we are able to ensure peace and security in the hinterland and also to see that the degree of difficulty to the common citizens is reduced significantly," said the Army Commander.

"Jammu and Kashmir Police and Central Armed Police Forces have also been able to effectively put a check on any kind of wrong activities or attempts by Pakistan to vitiate internal security atmosphere in the hinterland," he added.

"We are fully prepared. Whenever the situation arises, we are prepared to take on any challenge. I would only like to mention that our prime concern while conducting any action in the hinterland is to ensure peace and security of our citizens," he said.

Earlier, the Army Commander celebrated the 73rd Independence Day with troops. He was accompanied by the Chinar Corps Commander Lt Gen KJS Dhillon.

While interacting with troops, he lauded them for their professionalism and conveyed his best wishes to them on the occasion of Independence Day and Raksha Bandhan.

"I am also here to congratulate you on your good work. I am aware of how you are working in a challenging region and I am proud that all your units are performing well. I congratulate you all for that. I would like those who are not present here...they are conveyed my greetings," he said while interacting with troops.

The Army Commander during his interaction said that challenges which come our way are not easy to guess, "but it is necessary that we remain prepared to tackle challenges."

"You are aware of how the neighbouring country is trying to push infiltration to cause damage. That is why it is necessary that we understand the nefarious intentions and thwart these. You have been doing this well till now," he said.

"This is an identity of a great team that whatever task is assigned to you by the senior officers, you perform it with all the hard work and dedication. I pray to god for your well being," he said.