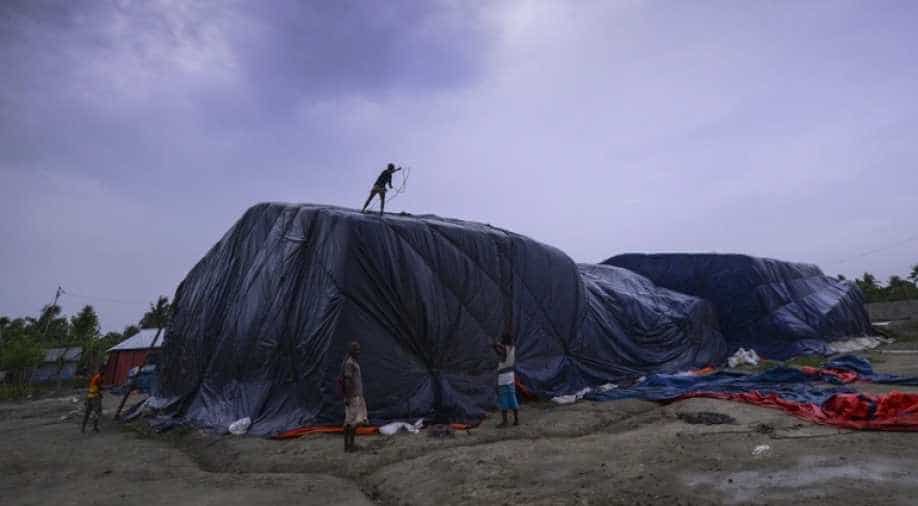 Bangladeshi workers cover a pile of fertiliser with a plastic sheet in Khulna. Photograph:(AFP)
Follow Us

Ready to fight US on trade but door open for talks: Chinese defence minister

China is ready to fight the US on trade but the door is still open for talks, the country's defence minister said Sunday.

Will not be 'bullied' into US talks: Iran President Hassan Rouhani

President Hassan Rouhani on Saturday suggested Iran may be willing to hold talks if the United States showed respect and followed international rules, but Tehran would not be "bullied" into negotiations.

Mohamed Salah's early penalty and a late goal by Divock Origi steered Liverpool to a sixth Champions League title on Saturday as they beat Tottenham 2-0 in an all-English final in Madrid.

Mexico's president on Saturday hinted his country could tighten migration controls to defuse US President Donald Trump's threat to impose tariffs on Mexican goods, and said he expected "good results" from talks planned in Washington next week.

Cyclone Fani: About 48% of people still without power in Odisha's Puri

About 48 per cent of the electricity consumers in Puri district are yet to get back their power connection even though 28-days have passed after the extremely severe cyclone 'Fani' made landfall near Puri town on May 3, officials said Saturday.