Cyclone Fani: About 48% of people still without power in Odisha's Puri 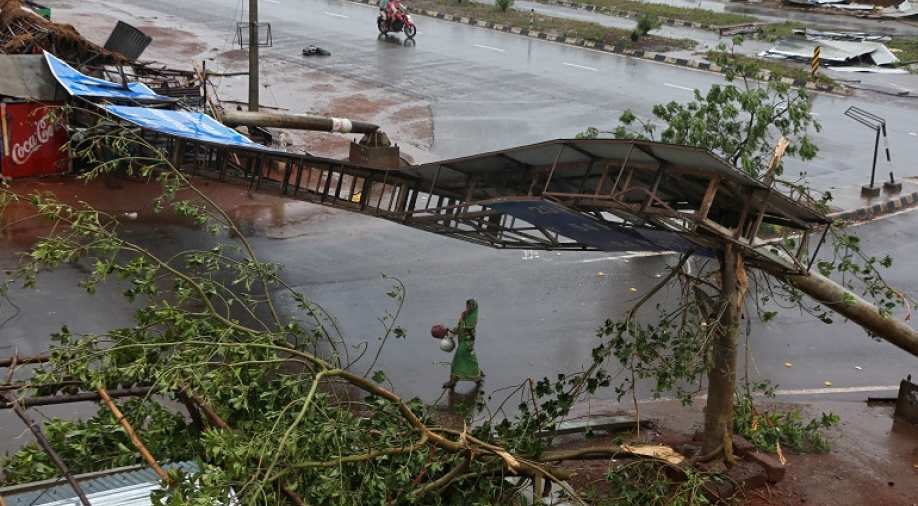 A woman carries pitchers next to uprooted trees and a fallen signboard following Cyclone Fani in Khordha district in Odisha. Photograph:(Reuters)
Follow Us

This was revealed at a meeting when the new Revenue and Disaster Management minister Sudam Marandi took stock of the restoration work in the cyclone-affected districts.

About 48 per cent of the electricity consumers in Puri district are yet to get back their power connection even though 28-days have passed after the extremely severe cyclone 'Fani' made landfall near Puri town on May 3, officials said Saturday.

This was revealed at a meeting when the new Revenue and Disaster Management minister Sudam Marandi took stock of the restoration work in the cyclone-affected districts.

The minister stressed on repair and restoration of primary school buildings damaged into cyclone before reopening of schools after summer vacation. He also emphasized on the quick restoration of the Anganwadi Centres, health institutions and electricity in all the affected areas

"Only 1,51,889 out of 2,91,171 affected consumers (52%) have got electricity in Puri district within a month," the official said, adding that water supply in both urban and rural areas has already been restored.

The extremely severe cyclonic storm 'Fani' had made a landfall on May 3 near Puri and had affected 14 districts of the state. Nearly 1.65 crore people were affected while 64 people lost their lives in the disaster.

Out of 25,01,131 affected consumers in the districts of Angul, Dhenkanal, Cuttack, Puri, Nayagarh, Khurdha, Kendrapada, Jagatsinghpur and Jajpur, electricity has been restored to 23,36,584 consumers till May 31, an official said.

Meanwhile, the state government claimed that the damage assessment by the departments and the Collectors is almost over and the memorandum to the Government of India will be submitted soon.

An Inter-Ministerial Central Team visited Odisha from May 12 to 15 and conducted an on the spot assessment of the damages caused due to the cyclone. A preliminary report of damage amounting to Rs 11,942.68 crore was shared with the central team, the official said.