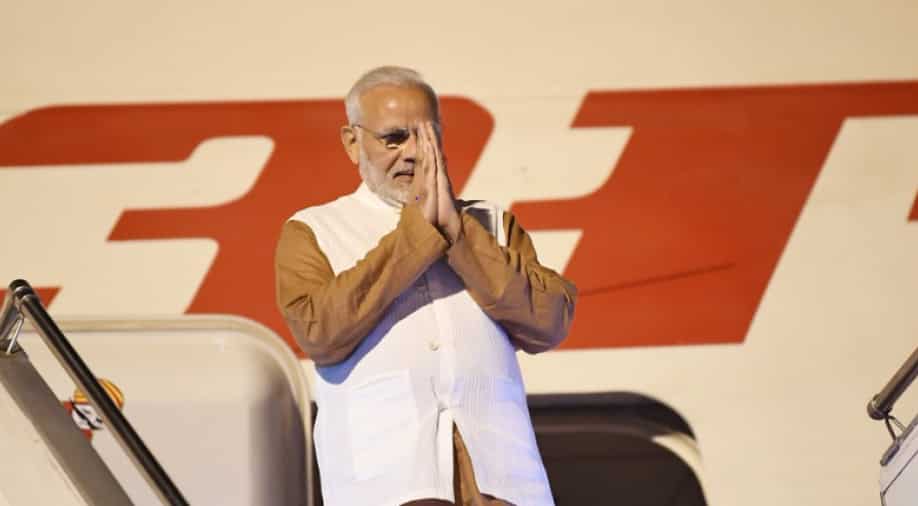 Coastal Karnataka's Mangalore city was ravaged by torrential rains on Tuesday resulting in floods in many areas. According to reports, coastal areas of Karnataka were hit by cyclone Mekunu on Tuesday triggering heavy rains.

After paying tributes at the war cemetery, PM Modi was received at the presidential palace where he was officially welcomed during a ceremony attended by Indonesian President Joko Widodo. After taking salute, PM Modi interacted with kids waving the Indian flag.

Fuel prices finally mellow down after 16 days of consecutive hike

After over a fortnight of continuous hike in fuel prices, petrol and diesel costs across the country saw minor reductions on Wednesday. In Delhi, petrol per litre came down by 60 paise amounting to Rs 77.83. For Mumbai and Kolkata the relief equalled to around 59 paise with petrol selling at Rs 85.65 and Rs 80.47 per litre respectively. In Chennai, petrol per litre costs Rs 80.80, around 63 paise short from Tuesday's rate.

President Donald Trump said Tuesday he is moving to finalize trade sanctions against China even as a US delegation is set to travel to Beijing for talks to resolve the dispute.

Campaign trail again? Trump says Mexico will 'pay for the wall in the end'

Trump who campaigned furiously for the Mexican wall during the presidential campaign said United States' neighbour will "pay for the wall in the end".