John Abraham, KriArj Entertainment get into a legal fight over 'Parmanu' release 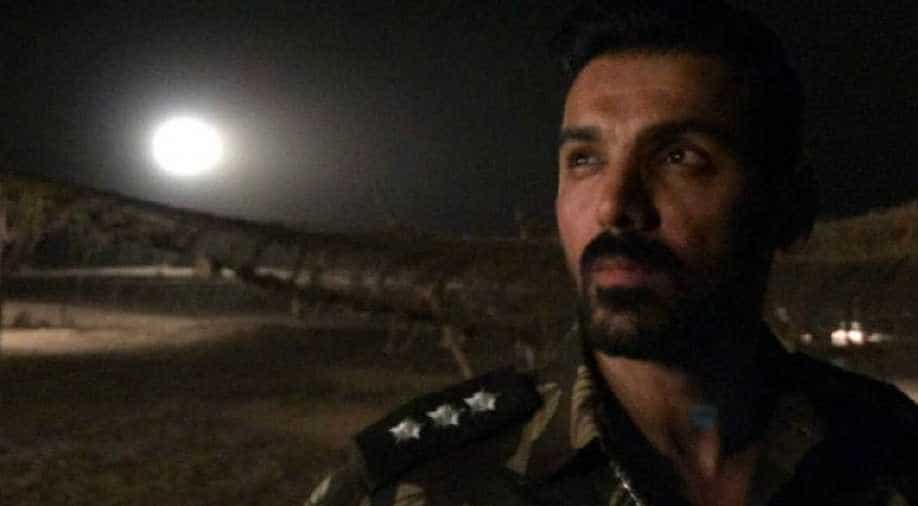 The fate of Parmanu remains undecided as producers KriArj and John Abraham have got involved in a bitter legal battle. &nbspJohn Abraham Entertainment has terminated a contract with production company KriArj Entertainment but the actor's production house has assured that the film will get a release date soon.

Parmanu&nbspwas scheduled to release on December 8 last year. Its release date got pushed to February 23, 2018 and then to April 6.

But clearly, the film, based on the nuclear tests conducted at Pokhran in 1998, won`t hit the screens on Friday as all`s not well between the co-producers.

A statement issued by John Abraham Entertainment read: "In the best interest of the film, we have terminated our contract with KriArj Entertainment Pvt. Ltd. and will soon announce the release schedule."

Termination of the agreement by actor John Abraham`s company "is valid and legal".

"KriArj has committed material breaches which left us with no choice but to terminate in the interest of the film. We would like to state that this extreme step has been taken by us after days of trying to resolve the issues at hand in the best interest of the release of the film.

"We have fulfilled our commitment at every stage of this project and intimated KriArj in writing from time to time.

"We have been waiting and asking for payments at every stage."

But their payments have either "been delayed or we have received wrong UTR (unique taxpayer reference) number. Cheque payments have been stopped time and again".

Delay in payments/non-payments have caused "delays in the post-production work after the film`s principal shoot was completed on time and on schedule last year".

John Abraham Entertainment further lashed out at KriArj, saying "despite repeated follow-up, the distribution plan for the film has not been shared and there has been no transparency in their dealings with third parties".

"We have till date not been privy to any signed contracts of third parties with KriArj, if any."

John Abraham Entertainment has time and again sat on the marketing campaign and the dates have been pushed at least three times, thanks to "delayed payments".

KriArj "without our approval has gone out and made statements giving false reasons for the delay".

Any future attempts by KriArj to "jeopardise the film or defame the production house and/or the film, like they have done in the past with other films, will compel us to initiate legal proceedings against them".

The statement comes a day after KriArj Entertainment said: "In response to the trade notice issued by John Abraham Entertainment claiming termination of their agreement with us for the film `Parmanu...`, please note that the said termination is illegal and invalid."

"Our rights in the film as a joint producer/presenter and owner of all rights are fully secured, we have always fulfilled all our commitments till date and have clear intent to continue doing so."

"John Abraham Entertainment has also always been aware that Zee Studios are KriArj`s partners in the film from very early stages as co-producers and also the acquirers of the overseas theatrical, digital, satellite and music rights of the film."

They blamed John Abraham Entertainment for not fulfilling its "commitment of completing and intimating us of the completion the film and is fraudulently trying to delay the release of the film thereby causing huge monetary losses and damage to our reputation".

The statement also read: "It goes without saying that any one dealing with the film or any of its rights through John Abraham Entertainment will be doing so at their own risk and peril and will also have to face legal consequences."

"We have already instructed our attorneys who will be moving the necessary authorities soon for seeking justice against the breaches committed by John Abraham Entertainment and its promoter Mr John Abraham."