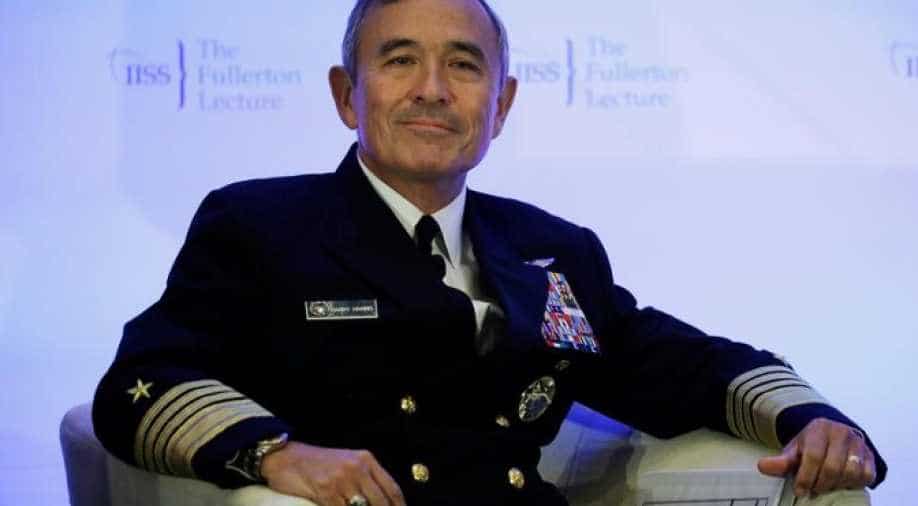 US Navy Admiral Harry Harris, head of the Pacific Command, said he had "no issues in engaging China" if it is interested in keeping the region peaceful, safe and open. Photograph:( WION Web Team )

Commander of the US Pacific Command, Admiral Harry Harris during a panel discussion at the Raisina Dialogue said that nations should take "tough decisions to keep the region safe and open."

Top officials comprising of the Quadrilateral Security Dialogue (QSD) - US, Japan, Australia and India pointed out that China needed to be countered.

Admiral Harris said he had "no issues in engaging China" if it is interested in keeping the region peaceful, safe and open, however, Japan's Admiral Katsutoshi Kawano it is very difficult to change "China's aggressive policy" which would make it "isolated" soon.

India's naval chief Admiral Sunil Lanba added that the region was "facing trust deficiency" and "fear of insecurity" and that there was a need for developing trust between countries in the region and "transparent inter-operability".

Admiral  Lanba said there is a "change in the deployment of China's navy since 2008" though there is no evidence of military purposes in its deployment.

Australia's Vice-Admiral Tim Barret echoed Admiral Kawano's statement, saying: "There needs to be a meaningful outcome from discussions among like-minded nations to take on China."