Saif helped me heal and made me fall in love with myself: Kareena Kapoor on career, marriage and motherhood 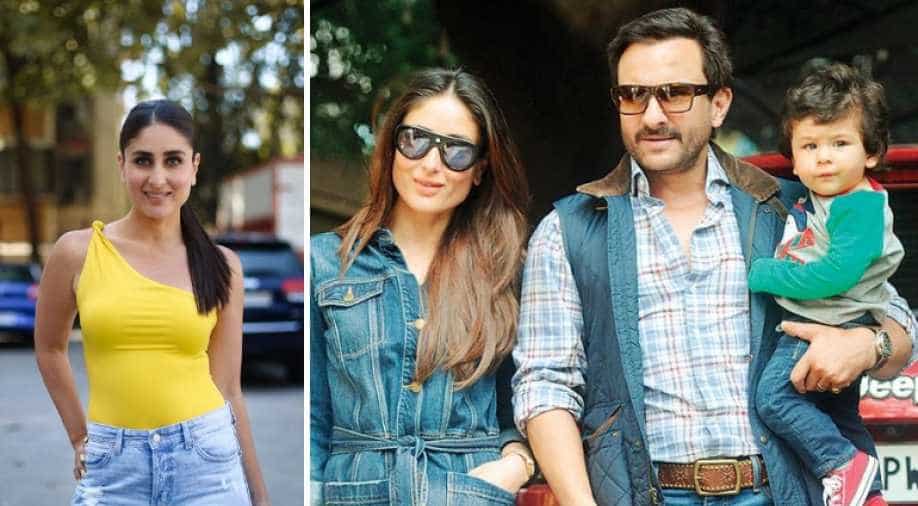 In the latest post of 'Humans Of Bombay'- a popular community page on social media- Kareena opened up about her career, how she took inspiration from her sister Karisma, and how she fell for Saif when she was going through a tough phase.

One of the most celebrated couples of Bollywood, Saif Ali Khan and Kareena Kapoor had a whirlwhind romance before tying the knot in 2012. While its a known fact that the two fell in love while working on the sets of 'Tashan', not much is known as to how Kareena fell for someone like Saif- who was strikingly different from her in temparament.

In the latest post of 'Humans Of Bombay'- a popular community page on social media- Kareena opened up about her career, how she took inspiration from her sister Karisma, and how she fell for Saif when she was going through a tough phase.

"Just when I thought I was falling, Saif caught me. I’d met him numerous times before, but when we were filming Tashan, something changed. I wore my heart on my sleeve around him. He was so utterly charming; I fell for him hook, line, and sinker.

I still remember when we were shooting around Ladakh and Jaisalmer, we’d both want some alone time, so we’d just go on these long bike rides. We’d enjoy the beauty around us, have these great conversations and just bond!" Kareena recalled.

Admitting that she and Saif were very different from each other and that there was a considerable age-gap between the two, the actress said, "He’s 10 years older than me and has two children. But for me, he was just Saif – he helped me heal and made me fall in love with myself. Maybe it was the fact that we’re dramatically different – he’s more private and not very ‘Bollywoodised’, but that’s what I imbibed from him. I learnt to strike a balance and not let things get to me."

Kareena revealed that how Saif proposed the idea of living together before marriage to her mom, Babita and how marriage happened eventually.

The actress who now has got a son, Taimur, with Saif, said how she thoroughly enjoys motherhood. "Motherhood is one of the greatest things that has happened to me. Taimur is a part of me – I can’t go an hour without him. He’s always with me, whether I’m on set or anywhere else. He makes me want to work harder every single day."

“When I came back home from boarding school, Karisma had just started acting. I was in awe of her–I remember her in ‘Dil Toh Pagal Hai’, being so passionate. She held herself with such pride through everything; watching her made me want to act too. So when my time came, she taught me to wade through this industry as a woman. It started out great–I did amazing films. But then for a year I didn’t work. I felt like my career was over; I was told to ‘re-invent’, become size 0. Everyone goes through a lull in their career. But as an actor, it's worse–there are so many eyes on you! Somehow through my life, I’ve been blessed with people who have supported me thoroughly! So just when I thought I was falling, Saif caught me. I’d met him before, but while we were filming Tashan, something changed. I wore my heart on my sleeve! He was so charming; I fell for him hook, line & sinker. I remember while shooting in Ladakh & Jaisalmer, we’d go on long bike rides for some alone time. We’d enjoy the beauty, have great conversations & just bond! He’s 10 years older than me & has 2 kids. But for me, he was just Saif–he helped me heal & love myself. Maybe it was the fact that we’re so different–he’s more private & not ‘Bollywoodised’, but I imbibed that from him. I learnt to balance things & not let them get to me. We'd been dating for awhile, when he said he’s not 25 & can't keep dropping me home every night. So he told my mom, ‘I want to spend the rest of my life with her. We want to live together.' My mom was cool with it. It’s so easy with him. Even when we decided to get married, it felt right. A few years later, I was blessed with our son, Taimur. Motherhood is the greatest thing that's happened to me. Taimur is a part of me–I can’t go an hour without him. He’s always with me wherever I am. He makes me want to work harder every day. I’m at a stage in my life where I don’t have to choose between career & family. I’m doing both. I’m an actor but through all the ups & downs I’ve been a sister, a wife, a mom & none of these roles have deterred me. In fact, it’s put me on the right path. My dreams have gotten bigger–there’s much more to achieve. As an actor, and as a woman.”

On the work front, the actress will be next seen in 'Good News' that co-stars Akshay Kumar, Diljit Dosanjh and Kiara Advani. Kareena is also part of 'English Medium' that marks the comeback of actor Irrfan Khan.