Did you notice this epic 'Sacred Games' and 'Paatal Lok' crossover? 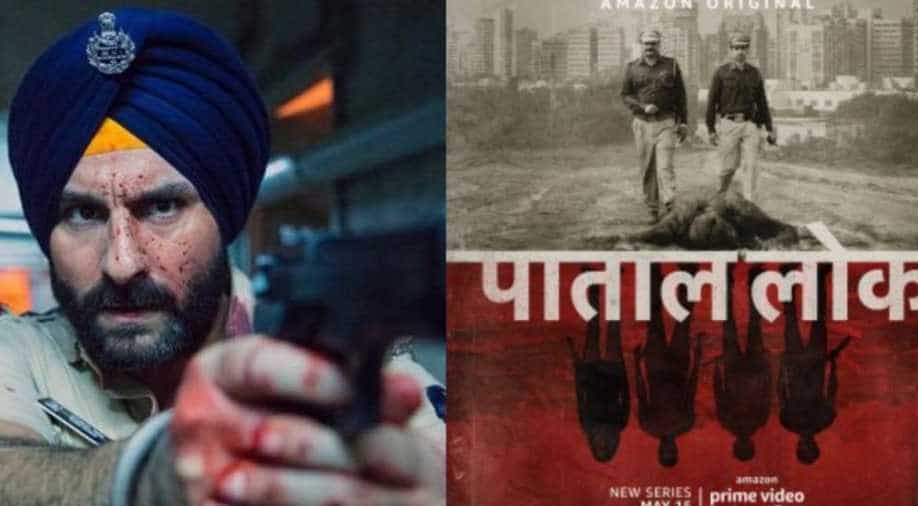 Have you watched the 'Paatal Lok' show on Amazon Prime yet? It is one of the most successful and raved Indian shows during the lockdown with critics calling it the best crime series of late. Read our review of 'Paatal Lok' here.

While the content has been a hit, there is something else that fans are talking about -- a blink and miss 'Sacred Games' reference. In the finale episode when the character Mary Lyngdoh aka ‘Cheeni’ speaks to her friend, she says that she works at a beauty parlour run by Kukoo. If you have seen 'Sacred Games' then you know that Kukoo is a character played by Kubbra Sait in the first season -- who romances the lead character played by Nawazuddin Siddiqui.

A fan shared a 'Paatal Lok' still of Cheeni talking about working for Kukoo, and called it the ‘greatest crossover ever’. Sharing the tweet, Kubbra wrote, “Bola tha maine (I told you so). I saw what you did there, Sudip Sharma (creator of the show). #PaatalLok.”

Bola tha maine.
I saw what you did there Sudip Sharma 😁 #PaatalLok 😁 https://t.co/llLJ98qTZV

Earlier, Kubbra had showered praise on 'Paatal Lok' and tweeted, “I won’t even begin to write how I feel after watching #PaatalLok. I’ll just sit here & feel for a while longer. #JaideepAlhawat #IshwakSingh @NeerajKabi @sharmamatvipin @GulPanag #MairembamRonaldoSingh @nowitsabhi @PrimeVideoIN. Thank You for the ride through a different hell.”