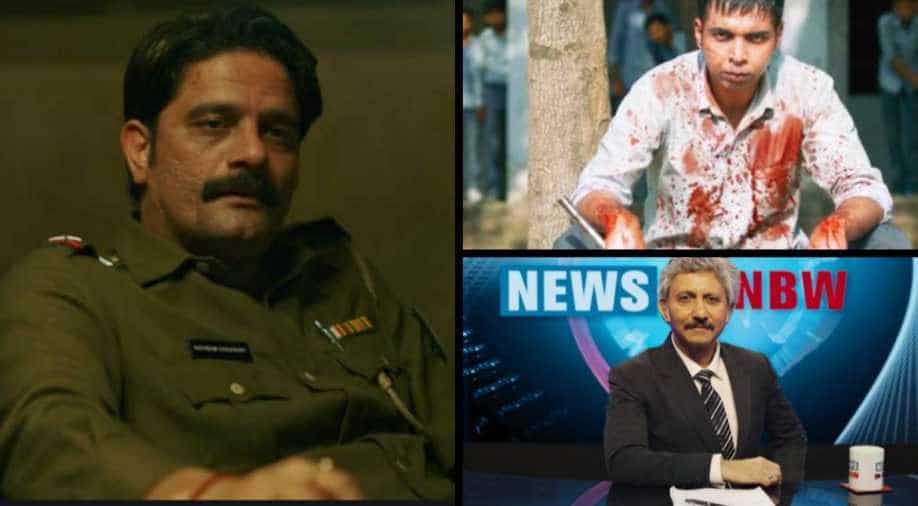 Paatal Lok review: Jaideep Ahlawat shines in the role of a lifetime as he leads the crime thriller in an ensemble cast.

As Friday ushers in the weekend, Anushka Sharma’s production house Clean Slate Filmz on Amazon Prime has just about the right thing for all those looking out for fresh content to binge-watch. A crime thriller that is full of twists as it makes you want to finish off all episodes in one go, ‘Paatal Lok’ is more than what meets the eye in a run chase story about cops nabbing four suspects over the attempted assassination of a prime-time journalist.

High on drama, ‘Paatal Lok’ is an Indian story with roots in Chitrakoot and New Delhi as the central characters keep going back and forth, almost with a synergy that symbolises spirituality and politics. While Jaideep Ahlawat (Hathi Ram) plays the role of a cop who leads the investigation of an assassination attempt on a news anchor, Neeraj Kabi (Sanjeev Mishra) plays the journalist who was to be attacked.

‘Paatal Lok’ is promising. It has all it takes to become the next big thing on OTT in Hindi language -- drama, suspense, edgy story and good acting. Jaideep Ahlawat shoulders the show brilliantly as he shines as a police inspector who is out on a personal and professional mission to make amends in life. Neeraj Kabi supports him equally as a self centered high profile journalist who gets the shock of his life when told that he was saved by the police from an assassiantion attempt. Gul Panag, Abhishek Banerjee and other cast members are brilliant in their parts as they help keep a tight knit story together.

Each character has their story well laid out with individual episodes dedicated to the four suspects, tracing their history in crime with paths converging to the present. The show has linear storytelling but each of the four character’s is linked to the other like a spider’s cobweb. The episodes are binge-watch material.

If you get past the first episode, ‘Paatal Lok’ is a roller coaster. The story takes time to build in the first episode where it could lose some viewers as the makers take too much time to hook the audience. A few scenes could have been avoided like the one involving an elderly woman getting raped by several men of a village as part of revenge. Also the use and abuse of Hindi slangs, sometimes even when they sound forced and have no desired effect.

The ending, also some would argue, is less adventurous or maybe creator Sudip Sharma is thinking of season 2?

‘Paatal Lok’ will stick with you. With sincere acting chops displayed by the actors and honesty in the story that looks and feels real, ‘Paatal Lok’ deals with important issues that the Indian society is dealing with -- bureaucracy, stigma associated with being a Dalit, hatred towards Indian muslims, absurdity of pressure on journalists and police, the age of fake news and more. ‘Paatal Lok’ has undertones and it delivers a strong message with subtlety.

The biggest hero of the show, however, is Hathi Ram and his determination to become a ‘hero’ in the eyes of his teenage son and Hathoda Tyagi (Abhishek Banerjee) who deserves a special mention for giving us a range from ‘Stree’ to ‘Paatal Lok’.