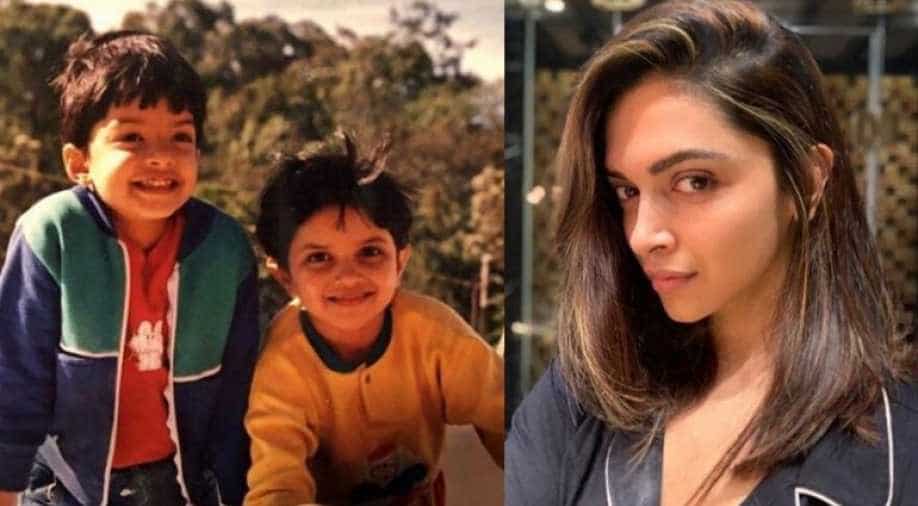 Deepika Padukone will be seen next in  'Chhapaak' where she will be essaying the role of an acid-attack survivor Laxmi Agarwal.

Bollywood's beauty icon Deepika Padukone took a walk down the memory lane as she documented her childhood days with her childhood best friend Divya Narayan on Sunday.

The 'Padmaavat' actor hopped on to Instagram to share the throwback picture with her best friend Divya and her caption looks to be inspired by the nursery rhyme 'Humpty Dumpty'.

She captioned the picture as "This Humpty & Dumpty sat on a wall...& ate curd rice @divya_narayan4!!! with laughing smilies. In the extremely adorable snap shared by the actor, Deepika as a kid is seen wearing a yellow T-shirt flaunting her dimples.

In what seems to be like the roof of her home, both the girls are seen posing near the wall and smiling as the wind blows through their short hair.

The 33-year-old actor who was last seen in historical-drama 'Padmaavat' alongside Shahid Kapoor and Ranvir Singh has also completed shooting for 'Chhapaak' where she will be essaying the role of an acid-attack survivor Laxmi Agarwal.

The flick is slated to hit the theatres on January 10, 2020. Furthermore, Deepika is also set to travel back in time as she has been roped to play Draupadi in the upcoming feature 'Mahabharat'.

Apart from bringing the life of Draupadi on screen, the actor has also turned producer for the feature along with Madhu Mantena. The film, slated to release in multiple parts, will have its first part hit big screens on Diwali 2021.