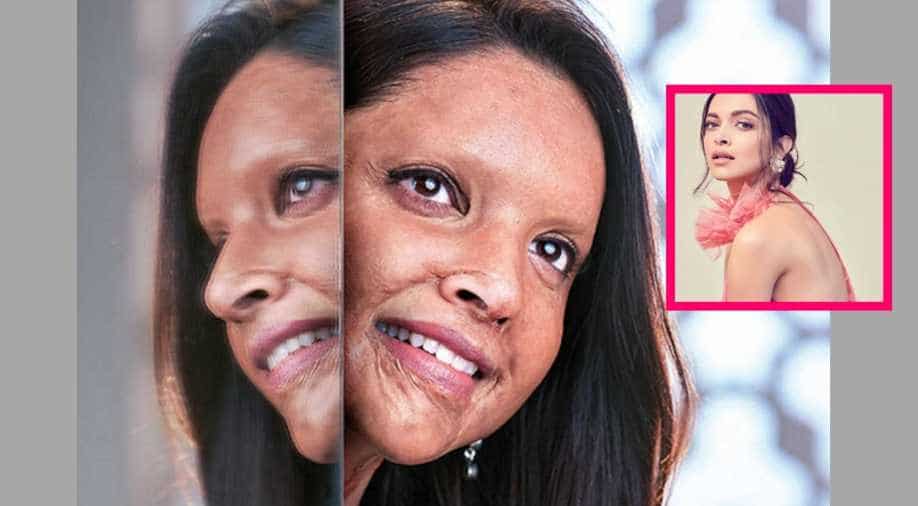 The film is directed by Meghna Gulzar and is based on the true story of acid attack survivor Laxmi Agarwal.

Meghna shared the first look photo of the stunning actress who is visibly disfigured in the picture. She captioned the image: “She is courage. She is hope. She is @deepikapadukone as #Malti in #Chhapaak. Shoot begins today. Releasing on 10th January, 2020."

Deepika’s character is named Malti. According to the tweet, the film’s shoot is said to kickstart from today in Delhi. We had earlier spotted the actress leaving Mumbai for Delhi over the weekend.

She is courage.
She is hope.
She is @deepikapadukone as #Malti in #Chhapaak.
Shoot begins today.
Releasing on 10th January, 2020.@masseysahib @foxstarhindi pic.twitter.com/WszEOoL3L7

Earlier, Meghna shared a yellow coloured dupatta semi-lying on the floor, burned from the centre.

On casting Deepika for the role, she said, “You won’t be seeing Deepika, you know. You will be seeing a disfigured Deepika. There is an uncanny similarity between the survivor and Deepika.”

Deepika will be seen with Vikrant Massey in the film. She not only stars but is also producing the film.