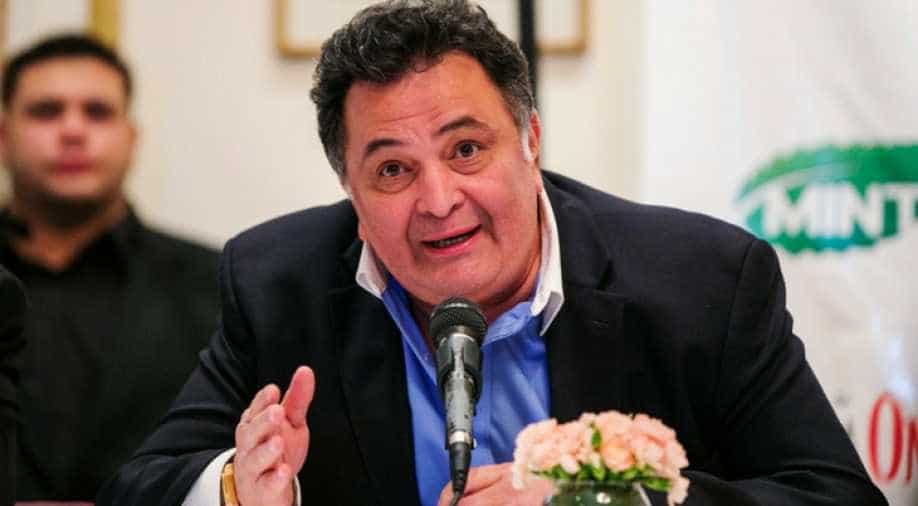 The actor was died on Thursday morning after prolonged battle with cancer.

The week is not being kind to cinema and its artists. Veteran actor Rishi Kapoor is dead. He was 67 and suffering from cancer for some time now.

"He is no more. He has passed away," Rishi's brother, Randhir Kapoor told a news agency.

The actor was rushed to a Mumbai hospital on Wednesday after he complained of breathing problems.

Son of veteran actor-filmmaker Raj Kapoor, he starred his acting career as a child artiste in his father's film 'Mera Naam Joker' and eventually became one of the most popular leading heroes of all time and featured in numerous blockbusters like 'Prem Rog', 'Sagar' and 'Amar Akbar Anthony'. Rishi Kapoor's last tweet was an 'appeal' and it makes us teary-eyed

The actor returned to India last September after undergoing treatment for cancer in the US for almost a year. In February this year, he was hospitalised twice.

Rishi is survived by his wife Neetu, son Ranbir and daughter Ridhima.

'Respect the laws that are in force': Rishi Kapoor's family appeal to fans to not gather in large numbers amid lockdown