Team would do even better under Kohli: Former Indian captain Dhoni 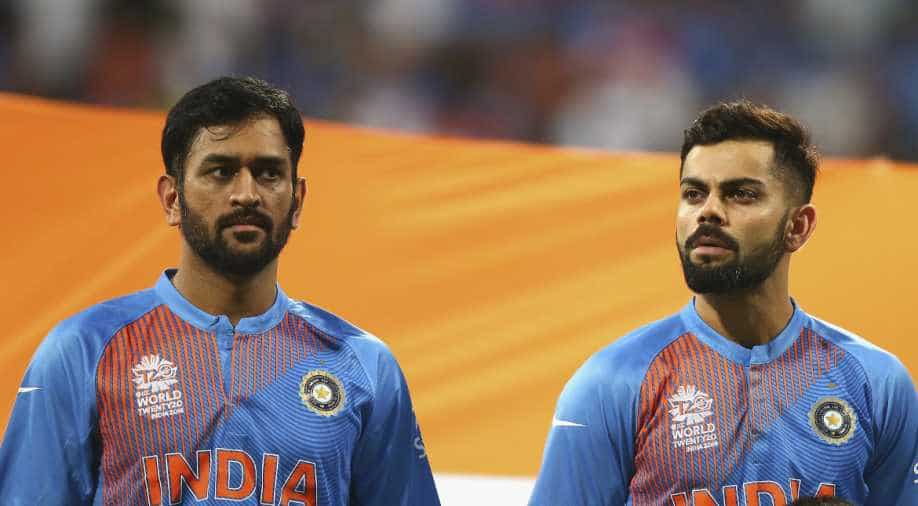 Dhoni (L) said he never believed in multiple captains and he had made up his mind long back to hand over the reins to Kohli (R), who replaced him as test captain earlier. Photograph:( Getty )

Mahendra Singh Dhoni, widely seen as Indian cricket's best captain, said on Friday the team would do even better under his replacement, Virat Kohli, days ahead of a limited-overs clash with England.

Kohli had a squad of young players and fast bowlers that could produce an unprecedented run of wins, Dhoni said in his first comments to the media since stepping aside from captaining the limited-overs side earlier this month.

Kohli took over, becoming the skipper in all three formats of the game.

"You look at the kind of talent they have got and at the same time the age group they are in," Dhoni told reporters in Pune, where the hosts will meet England in the first of the three one-day international series on Sunday.

"If everything goes well they have the potential to plan for the next 10-12 years if not more ... We have a pool of fast bowlers who can bowl well in any conditions."

Dhoni rose from the cricketing backwaters of India's Jharkhand to lead the game's most passionately followed team, before quitting test cricket in late 2014.

The 35-year-old wicketkeeper-batsman has captained India to the three International Cricket Council trophies - the 50-over World Cup, the World Twenty20 and the Champions Trophy.

"This team has the potential to do well in all formats irrespective of where we are playing ... When it comes to winning games, they should win games more than any other captain or team has won," Dhoni said.

Dhoni said he never believed in multiple captains and he had made up his mind long back to hand over the reins to Kohli, who replaced him as test captain earlier.

"I am somebody who believes... split captaincy is something that doesn't really work," Dhoni said. "I always believed that with the Indian team, one player leading the team in all formats is something very crucial.

"It was something that was always in my mind. Virat took over the test captaincy and I wanted him to have some time over there and then get into the full captaincy role. He was always ready."

India is already the world's top-ranked test side, second in the shortest Twenty20 format and third in the 50-over version of the game.