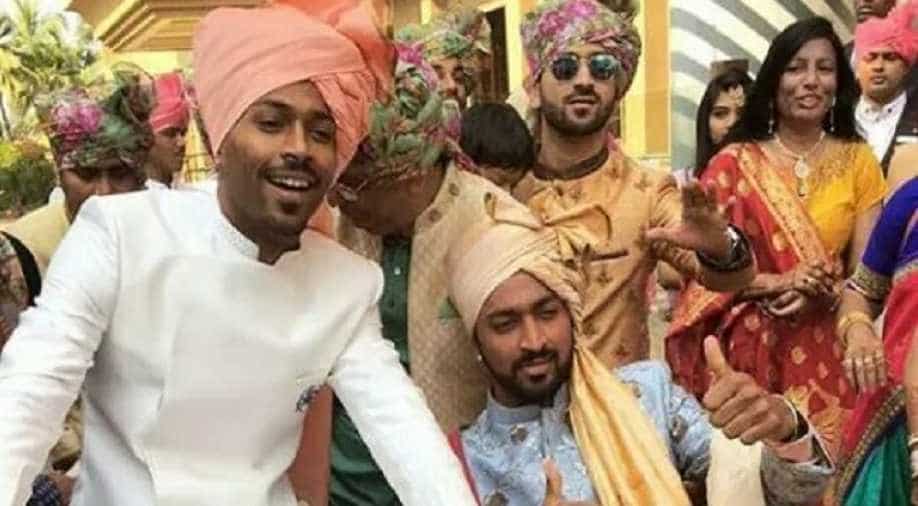 The wedding ceremony was attended by some of the biggest names in the country. Image via Hardik Pandya Twitter Photograph:( Others )

Krunal, who plays for IPL team Mumbai Indians as an all-rounder along with Hardik married his girlfriend Pankhuri Sharma at JW Marriott in Mumbai on Wednesday.

The wedding ceremony was attended by some of the biggest names in the country.

Master Blaster Sachin Tendulkar, who is also a mentor of the Mumbai Indians arrived at the venue to bless the couple.

Amitabh Bachchan too arrived to convey his good wishes to the couple.

Both were personally welcomed by Hardik Pandya.

Krunal was part of the Mumbai Indians squad that won this year's Indian Premier League trophy. He won the Man of the Match trophy in the final for his stupendous 38-ball 47 against Rising Pune Supergiant (RPS).

Meanwhile, Hardik is in the Test squad and will travel to South Africa for the two-month overseas tour featuring 3 Tests, 6 ODIs and 3 T20Is.